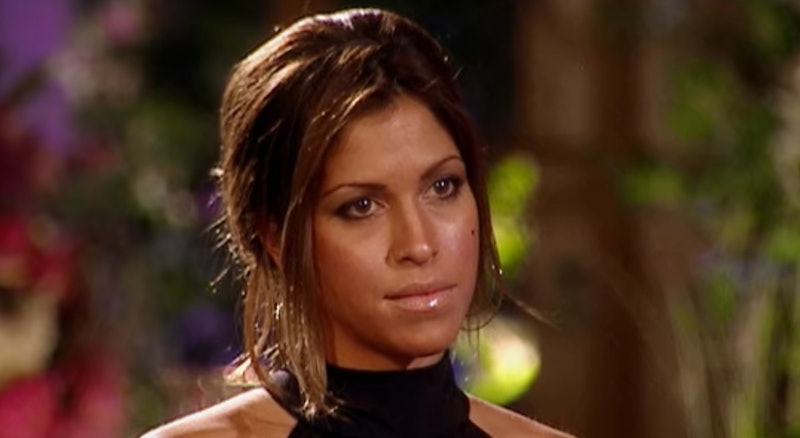 When Jason Mesnick decided to send Naomi Crespo home on The Bachelor, he promised it had nothing to do with the fact that her family made him partake in a funeral for a dove during her hometown date. Instead, he said he just didn't feel like she was ready to settle down in the same way that he was. But Naomi disagreed. "I am ready," she told Reality TV World after her elimination. "I absolutely want kids, I absolutely want a family, but because we weren't meant for each other it didn't feel right."

Naomi proved Jason wrong soon after the show finished airing in 2009. According to The Register Guard, she married data systems specialist David Goodale in March 2011. Then, in 2013, Naomi blogged about giving birth to their daughter Hannah. "You mean so much more to me [than] I could express or convey with words," Naomi wrote. "To say I'm mildly obsessed with you is putting it lightly."

Naomi continued to blog until late 2014, when she kind of dropped off the grid. She doesn't seem to be on Facebook or Instagram, and she hasn't used her Twitter account since 2011. David's Facebook shows that he now lives in Portland, Oregon and seems to have three daughters. It's not clear if all three are Naomi's, or if the two are still married or not. However, David is still Facebook friends with several of Naomi's family members, and there's not much reason to believe that they've split up.

When Naomi went on Jason's season, she was 24. She's now in her mid-30s and may not want to be super public with her life anymore. With Jason's upcoming episode of The Bachelor: The Greatest Seasons - Ever!, she'll inevitably be back in the spotlight again. But don't expect Naomi to live tweet her bird funeral date along with everyone else.