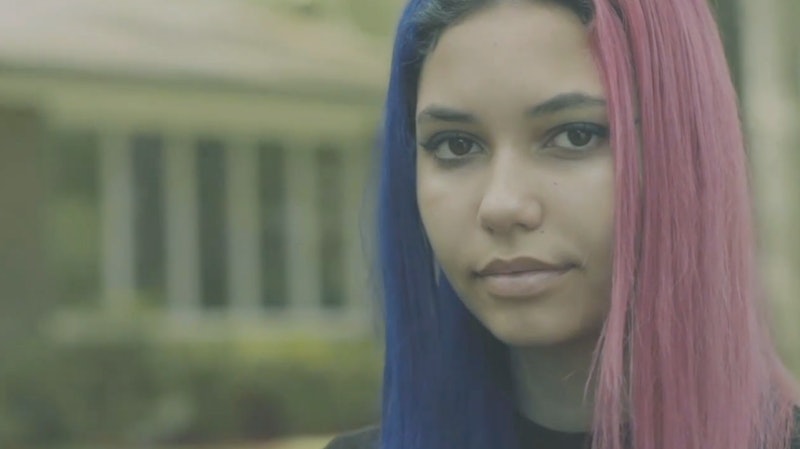 One of the first things Paige Winter did after being attacked by a shark in June 2019 is assure everyone that she held no ill-will toward the animal. "Even in the back of that ambulance and in the back of that truck, I was like, 'Guys, sharks are still good people. Like, don't get mad at the shark. The shark is fine," she said on Good Morning America shortly after the encounter. "I was just trying to assure them that me and that shark are good."

After being bitten while swimming in the waters off North Carolina, Winter lost two fingers and one of her legs. "I was aware from the beginning, nothing's gonna be the same ever again," she told GMA. "Like, I'm still Paigey. Just a little different. I got some pieces of the puzzle missing. But it's OK."

Winter remains just as positive now as she was on that day. "I feel like this is kind of like a triumph for me because people thought I was going to die. But I am not dead. I am indeed very much alive," she says in the trailer for Shark Attack: The Paige Winter Story, which airs Thursday on ABC.

Winter graduated high school in June, and is thinking about exploring a career in marine biology. She said on GMA that she was prompted to learn more about sharks because of her attack, during which she likely learned that she's part of a very small, rare group. On average, sharks only kill four people per year worldwide, and an average of just 82 non-lethal shark-related incidents happen annually. As such, Winter has a great attitude about her experience, even joking in her Instagram bio that she's "shark bait, hoo haha" like in Finding Nemo.

While she figures out how she wants to turn her passion for science and marine biology into a career, Winter has been busy healing. She got a prosthetic leg a month after her attack and has been learning to use that as well as rely on Otis, the service dog she got last month.

She also finished her high school career with a few milestones, including being nominated for Homecoming Queen and going to prom — well, a modified and socially distanced version of prom. But just as she took her shark encounter in stride, Winter has faced every other challenge the same way. She summed it up best in the caption of her first Instagram post after her attack: "I am still : the happiest gal."