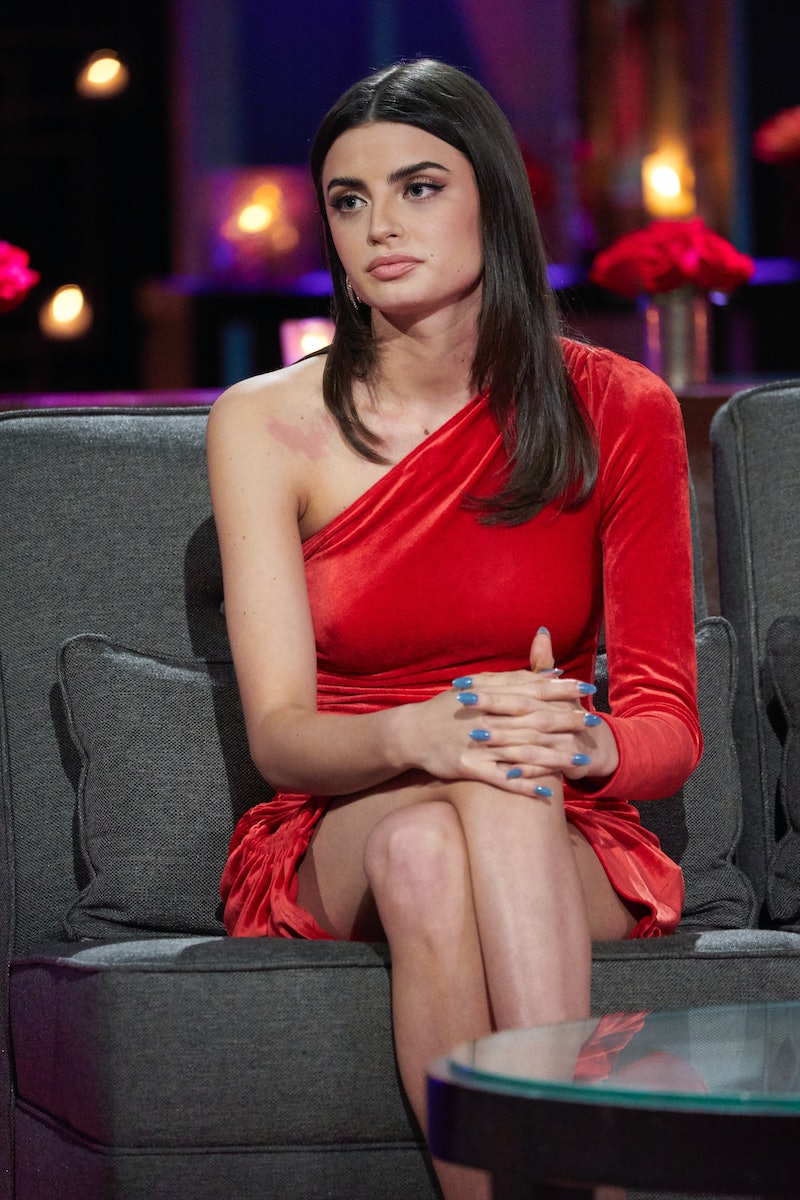 Since filming Matt James’ season of The Bachelor, Rachael Kirkconnell has had to spend a lot time addressing her past. As the show was airing, TikTok users resurfaced racist posts Rachael had liked, and then images of her attending an antebellum-themed party in 2018 began circulating. This prompted Rachael to issue an apology in a lengthy Instagram post on Feb. 11. “I’m here to say I’m wrong,” she wrote in part. “At one point, I didn’t recognize how offensive and racist my actions were, but that doesn’t excuse them. My age or when it happened does not excuse anything. They are not acceptable or okay in any sense. I was ignorant, but my ignorance was racist.”

All of Rachael’s Instagram posts since then have been related to the fallout, so it’s difficult to say what else has been going on in her life since she finished filming for the show. (She had previously posted only two photos after returning home from Pennsylvania’s Nemacolin Resort). Two weeks after issuing her initial apology, Rachael shared an over seven-minute video further addressing the controversy. The Georgia native began by explaining why she was talking about anti-racism despite her fear that people would think “it's performative or that it's something that I don't truly stand by."

She added that there were also plenty of messages telling her that she had nothing to apologize for. “If you are in my comments or defending me anywhere telling people that I did nothing wrong, that there's nothing to be hurt about, there's nothing to be angry about or offended about, please stop," Rachael continued. "That's not our place to tell people what they can and can't be offended about. That's wrong and that's part of the problem."

After publicly vowing to hold Rachael accountable for her past behavior, former Bachelorette Rachel Lindsay received so many hateful messages that she had to temporarily deactivate her Instagram account. In a Feb. 27 Instagram post, Rachael defended Rachel, whom she wrote “does not deserve the hate she is receiving.” She concluded that anyone “who has been cruel” should “find what fuels this hate in your heart, and fix it.”

As for whether or not Rachael is still with Matt after The Bachelor, the answer is reportedly no. According to Bachelor blogger Reality Steve, Matt did give Rachael his final rose, but after spending Valentine’s Day weekend together, he broke it off. Matt’s statement regarding Rachael’s racism controversy — in which he called her past behavior "devastating and heartbreaking to put it bluntly" — seemed to back this up.

You’ll have to tune into After the Final Rose to hear about what happened from them directly, but as Rachael captioned a recent Instagram, she’s taking “time for self-reflection” regardless.