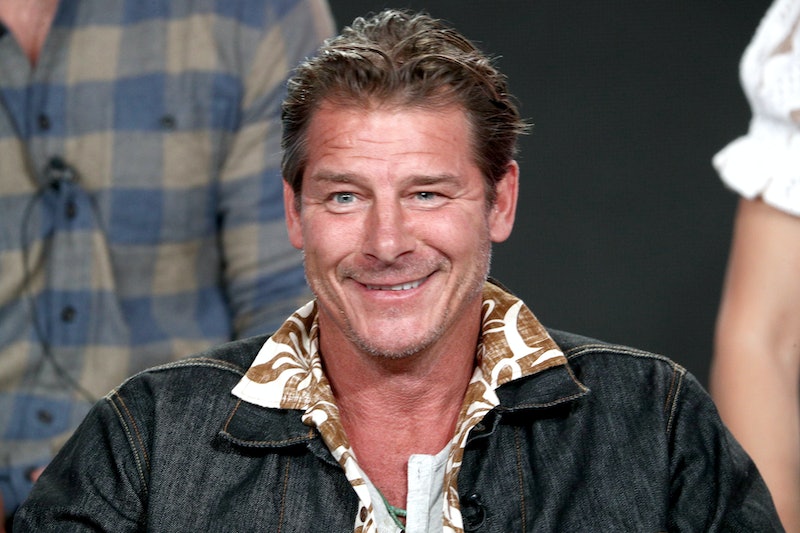 Two decades after carpenter and designer Ty Pennington rose to fame on TLC's Trading Spaces and ABC's Extreme Makeover: Home Edition, he's heading to HGTV with a new home improvement show. Ty Breaker, premiering Jan. 11, pits Pennington against another design expert in each episode: while he tries to persuade families to stay in their current homes and renovate it to meet their needs, his competitor is trying to convince them to move into a new, customized place. "I loved meeting so many awesome families and helping them decide on their future home," Pennington said of the show in a release. "I’m doing all I can to sway them to stay in their current digs by adding some spectacular upgrades, but Alison [Victoria], Grace [Mitchell] and Sabrina [Soto] are amazing renovators, designers, and competitors—they know how to win!

Though it's been a while since Trading Space and Extreme Makeover fans may have seen Pennington on-screen, he's stayed busy in the intervening years. In addition to hosting shows like On the Menu and American Diner Revival, he returned to his carpenter roots in 2018 for the Trading Spaces reboot. Extreme Makeover was also revived in 2020, and though Pennington was replaced as host by Jesse Tyler Ferguson, he told TMZ he had no hard feelings. "It's one of the best shows, I think, ever. When you're changing people's lives it's an awesome thing," he said. "I shouldn't hog all the good vibes — share that with everybody! Those were some of the best years I think in television."

Pennington went on to appear in four of the episodes as part of the guest design team. The fifth season of his show Small Business Revolution, in which he helps revamp small town businesses with a $500,000 budget, also premiered in late 2020. On top of that, Pennington recently hosted Season 2 of Rock the Block, an HGTV home renovation and design competition series, which is set to return in early 2021.

More like this
Wait, Did Nate Actually Turn Down Being The Bachelor?
By Kadin Burnett
What’s New On Netflix: Ana De Armas’ 'Blonde' & A Nick Kroll Special
By Arya Roshanian
Everything To Know About 'RHONJ' Season 13
By Brad Witter and Jake Viswanath
'Big Brother' Is Already Looking For New Houseguests To Compete In Season 25
By Brad Witter
Get Even More From Bustle — Sign Up For The Newsletter