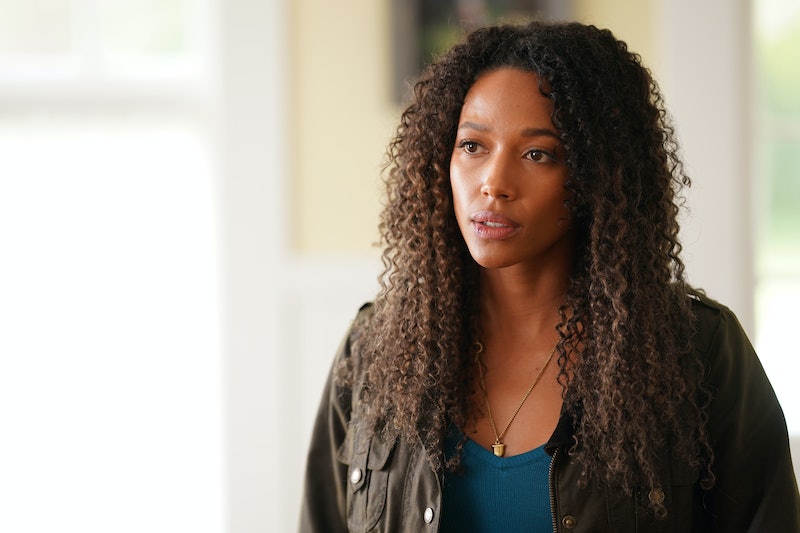 Although some of ABC's biggest shows like Grey's Anatomy, Station 19, and A Million Little Things aren't coming back after their winter finales until March, Big Sky returns from hiatus in January 2021 — January 26, to be exact, according to TV Insider. Good thing, too, because fans definitely won't want to be kept waiting long after the winter finale cliffhanger.

The ABC series was created by cliffhanger expert David E. Kelley (recently of Big Little Lies and The Undoing fame) and it's based on the C.J. Box book The Highway. Big Sky had fans hooked with its story about detectives Jenny Hoyt and Cassie Dewell trying to track down three young women kidnapped by a long haul trucker. As of the fourth episode, Jenny and Cassie are so close to finding the girls that it seems like this particular case could be wrapped up sooner rather than later. But even if Tuesday's finale sees Grace, Danielle, and Michelle (also known as Jerrie) rescued, the series is far from over.

According to Deadline, ABC just added six more episodes to the Season 1 order, bringing the total to 16 episodes. The move was made after Big Sky became ABC's highest-rated debut show since The Rookie two years ago. And whether Cassie and Jenny are able to rescue the girls in the winter finale or not, it's unlikely that their story alone can carry all 16 episodes at the fast pace it's moving now.

Fortunately, C.J. Box's Highway novel is part of a series, and the writers have plenty of source material to pull from. The book series also gives curious fans something to do over the hiatus if they want to keep the story going. The show so far has made several changes from the books, which makes the novels just as interesting even for fans who already know what happens on the show.

As for any cliffhangers that the winter finale unveils, the answers are coming soon. Fans just have to make it a little over a month to see what plays out next.

More like this
How Much Are The 'Schitt’s Creek' Stars Worth?
By Hugh McIntyre
The ‘Kevin Can F**k Himself’ Season 2 Finale Twist Is A Full Circle Moment
By Grace Wehniainen
'Firefly Lane' Season 2 Will Be The Show's Last — But There's A Twist
By K.W. Colyard and Grace Wehniainen
Did 'Grey’s Anatomy' Just Drop A Major Taylor Swift Easter Egg?
By Grace Wehniainen
Get Even More From Bustle — Sign Up For The Newsletter