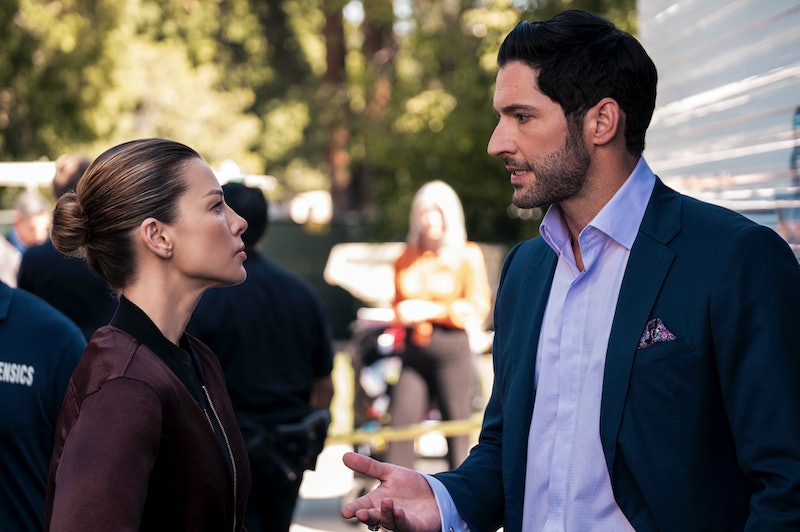 No show does resurrections better than Lucifer. Not only was the series saved by Netflix after getting canceled by Fox after its third season, but it's also been granted a sixth season after previously announcing Season 5 would be the last. And because Season 5 was supposed to be the final chapter, it still has an extended 16-episode order which will be split into two parts. Part 1 arrives on Netflix on Aug. 21. However, a premiere date for Lucifer Season 5, Part 2 has yet to be announced.

Like almost every other show, Lucifer was forced to halt production for the second half of its fifth season in March due to the coronavirus pandemic. According to Deadline, there were only four days of shooting left when filming was suspended, so once the cast and crew are able to get back to work, it shouldn't take long to wrap up those final eight episodes.

Of course, it will then take some time to cut everything together, but it's not unrealistic to think Part 2 could premiere at some point in 2021, provided it's safe to resume filming by the start of the year.

There's also a lot to look forward to in Season 5, including a black-and-white flashback installment, the return of Eve, a God-like cameo, and a full-blown musical episode that will take place at some point in the back half of the season. You know it's good if Netflix decided to change its mind about Season 6.

"What we realized is that the last bit of that [series] finale episode was actually a lot of great stories sped up just to give us a satisfying ending for all our characters," co-showrunner Ildy Modrovich told Entertainment Weekly in July. "We literally lobbed off Act 6 and went, 'Let's take what happens in Act 6 in a scene and dive into it, and really explore how are characters end up where they ended up.' So, that ended up being our nugget for Season 6."