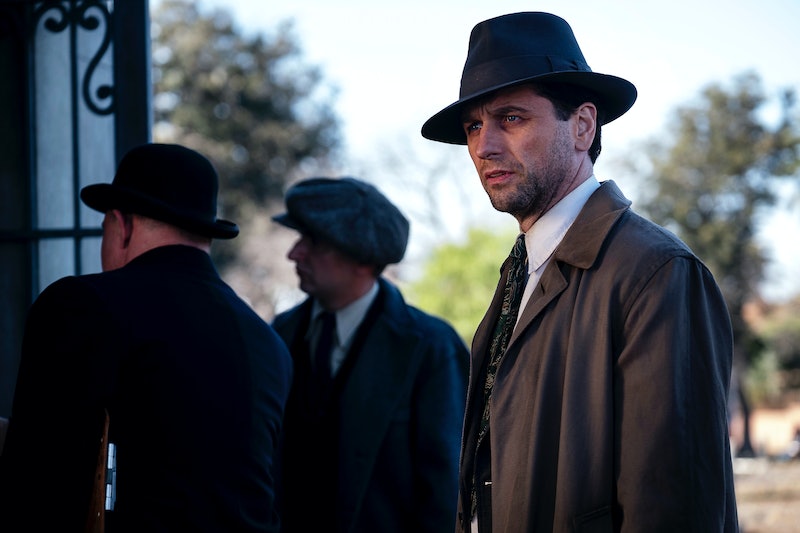 Though originally billed as a miniseries, HBO has renewed Perry Mason for Season 2. The news came just a month after the show began airing, and the quick decision was likely thanks to its high viewership. According to Variety, its premiere was watched by 1.7 million people, which was higher than HBO's premieres of Watchmen and The Outsider and on par with Westworld Season 3's premiere. Deadline reported that by the time the show was renewed, 8 million people had watched the first episode.

But Perry Mason didn't come out of nowhere. The titular defense lawyer character comes from the mind of author Erle Stanley Gardner. He began writing detective fiction about Perry Mason in the '30s and carried on through the '70s. It wasn't long before Perry Mason also made the leap to the small screen, with a successful CBS series running for nine seasons in the '50s and '60s. Perhaps the HBO show will eventually run that long, too: Co-creator Rolin Jones told Town & Country that they have multiple seasons in mind for this reboot, and they plan to pull from the character's rich history.

"There's so much great stuff in these books, and in the other pulp fiction we read from the Erle Stanley Gardner universe," Jones said. "Knowing we wanted multiple seasons of this show, we tried to take dogmatic ideas about justice and the nature of men and use those as tentpoles to think about how a guy comes around to those ways of seeing things."

The first season of HBO's Perry Mason only had eight episodes, but it's possible that a second season may return with a higher episode count to keep the large fanbase satiated. It could air as soon as next summer, a year after its Season 1 premiere, but that all depends on when television production starts back up amid the pandemic. The show shoots on location in Los Angeles, so there may be a delay in filming as the county struggles to keep its coronavirus case count down. But no matter when it returns, fans at least know that when Season 1 ends on Aug. 9, the storyline is far from over.