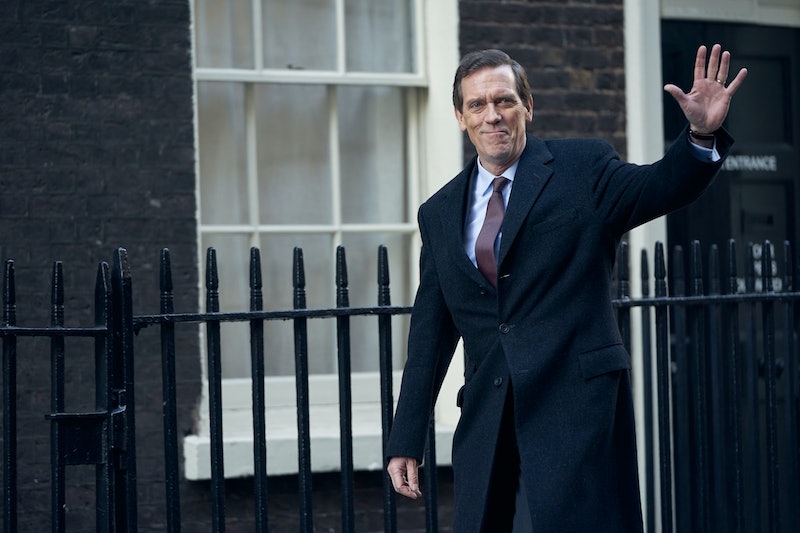 From comedy classics such as Blackadder and Jeeves and Wooster, to dramas such as Veep and BBC’s The Night Manager, Hugh Laurie has cemented his dramatic range on both sides of the Atlantic. Now, Laurie returns to British telly to star in new BBC One political thriller, Roadkill.

The BBC and PBS Masterpiece four-part series was first announced in August 2019 and has now released a first-look image of Hugh Laurie as the central character. Written by Collateral’s David Hare, directed by Michael Keillor (Line Of Duty, Strike, Chimerica) and produced by Andy Litvin (The Trial, Hunger, Ginger & Rosa), the mini series follows the political rollercoaster of a fictional Conservative MP, Paul Laurence, played by Laurie.

“I first worked with Hugh Laurie in 1987 when he set off on his riveting change of direction from adroit comedian to commanding dramatic actor,” Hare said. “I can’t wait to see him embody the fictional future of the Conservative party in Roadkill.”

As anticipation is building for the new series, here’s everything you need to know about the upcoming BBC One drama, Roadkill.

What Is Roadkill About?

Laurie stars as “self-made, forceful and charismatic” politician Peter Laurence, whose private life is seemingly falling apart, or rather, being picked apart by his enemies. Although personal revelations spiral, Laurence remains shamelessly untroubled by guilt or remorse as he walks the thin line between glory and catastrophe. Can he leave his past behind as he seeks to further his own agenda whilst others plot to bring him down?

Who's In The Cast Of Roadkill?

It was announced in August 2019 that Hugh Laurie would star as the charismatic Peter Laurence, a Conservative minister attempting to out-run his past. The comic-turned-dramatic actor Laurie is known for a variety of roles, including his Emmy-nominated starring role in House, and is adept at playing characters with moral ambivalence, as he proved in both House and The Night Manager.

When Will Roadkill Be Released?

Filming for the four, hour-long episodes took place in London in late 2019 and further details are yet to be confirmed. The series is touted for an Autumn 2020 release on BBC One, but confirmation will be made in due course. Stay tuned for updates.