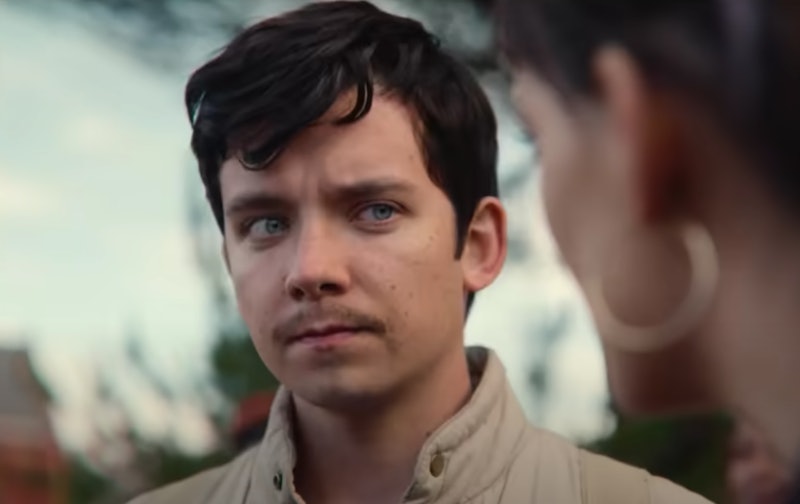 Following production delays brought on by the coronavirus pandemic, it appears there is finally a light at the end of the tunnel for fans of Netflix's Sex Education, because the streaming hit's third season is on the horizon. But, when does Sex Education Season 3 actually come out? Here's everything we know so far.

When Does Sex Education Season 3 Air?

In a statement sent to Bustle, Netflix have confirmed that Sex Education series 3 will premiere on Friday, September 17, 2021.

News of the show’s release date will surely be welcomed by fans of the British comedy-drama, which was originally expected to arrive in January 2021 but became delayed due to the coronavirus outbreak.

Details of the third season’s plot have been kept tightly under wraps. However, Netflix have now released a brief synopsis of Sex Education series 3.

“It’s a new year, Otis is having casual sex, Eric and Adam are official, and Jean has a baby on the way. Meanwhile, new headteacher Hope (played by Jemima Kirke) tries to return Moordale to a pillar of excellence, Aimee discovers feminism, Jackson gets a crush and a lost voicemail still looms. Prepare for commitment animals, alien phenomena, vulva cupcakes and much more of Madam Groff, the synopsis reads.

Elsewhere, during an interview with the Observer, Asa Butterfield (who portrays Otis Milburn in Sex Education) teased fans can look forward to "a bit of a time-jump since the season two cliffhanger." Speaking to the publication, Butterfield also revealed that Otis is back at school but has “different things on his plate.”

“He’s grown up a bit and become slightly more sassy. It’s been fun to portray his newfound charisma. Don’t worry, though, he’s still tragically awkward too,” he added, while also confirming that Otis and Maeve’s will-they-won’t-they relationship will continue to develop in season 3. “We also explore why Otis was running his sex therapy clinic in the first place. Was it just to be close to Maeve or does he get fulfilment from helping people?,” the actor continued. During an interview with Digital Spy, Butterfield also revealed that he's "really happy" with the first episode of the third season. "It didn't go where I anticipated it to." He continued: "A few things have changed. I'm excited."

Actor Aimee Lou Wood, who portrays Aimee in the series, also confirmed that her character’s sexual assault storyline will also continue into the show’s third run, the Radio Times reports.

“Aimee’s storyline in season two, it’s continued, [and] it’s handled beautifully throughout season three as well,” Wood revealed at a BAFTA TV Awards press conference, adding, “A lot of the messages I got when it came out were just so moving… I think it really has helped people and I just feel honoured to have been a part of that.”

Who’s In The Cast For Sex Education Season 3?

Those expected to reprise their roles alongside Butterfield in the coming-of-age drama include Emma Mackey as Maeve, Ncuti Gatwa as Eric, Gillian Anderson as Jean, Connor Swindells as Adam, Aimee Lou Wood as Aimee, Kedar Williams-Stirling as Jackson, Alistair Petrie as Mr Groff, Chinenye Ezeudu as Viv — and season 2 newbies Sami Outalbali and George Robinson, who portray Rahim and Isaac, respectively.

Is There A Trailer Sex Education Season 3?

The official trailer for season three dropped on September 7 and let’s just say a lot is happening at Moordale. Under strict new leadership in the form of headteacher Hope, the school is becoming a more – let’s say – traditional institution (think uniforms, single-file processions in corridors, and the like). But despite these changes, Otis, Eric, Maeve, and the rest of the students are still running riot. Expect some cute new love stories and friendships (Jackson and Cal, my heart) as well as more frustration with the Otis and Maeve will-they-wont-they storyline. Fast forward to the end of the trailer, however, and it appears we may see pair leaning in for a... is that... a... romantic kiss in the rain? Here’s hoping!