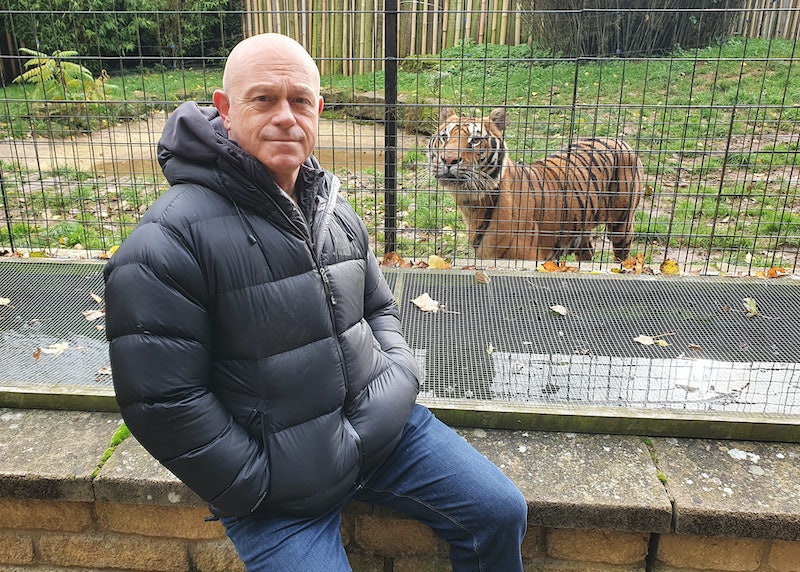 In the wake of Netflix’s Tiger King is ITV’s very own big cat docuseries Britain’s Tiger Kings, which sees former Eastender Ross Kemp explore the controversial world of wild animal ownership across the UK. During one episode, viewers are introduced to Tracey and Dean Tweed, who left their old life behind to take over one of Britain’s most notorious zoos. But, where are Tracey and Dean Tweed now?

As The Sun reports, mural artist Dean and psychotherapist Tracey previously sold their home in Kent and, along with their five children, moved to Wales where they took over the reins of Borth Wild Animal Kingdom, otherwise known as “Britain’s worst zoo”.

In March 2021, Dean announced the zoo’s permanent closure, stating on Facebook that Borth Wild Animal Kingdom “is no more”. However, he also revealed the pair have plans to reopen the zoo under the new name, The Animalarium.

As mentioned in the ITV doc, the couple first acquired Borth Wild Animal Kingdom back in 2017 for a hefty £650,000. The zoo came complete with around 300 wild animals, and the couple had aspirations of turning the zoo’s reputation around. However, their lack of experience became tragically evident when a lynx escaped from its enclosure, and was later shot dead by authorities. Soon after, it emerged that another of the zoo’s lynx had also died during an accidental handling incident.

Following the accident in 2017, the owners were subject to considerable backlash, which included criticism from The Lynx UK Trust, wildlife broadcaster Iolo Williams, and TV presenter Ben Fogle, the BBC reports. Back in 2019, Borth Wild Animal Kingdom also featured in the BBC One docuseries Saving Britain's Worst Zoo.

Per the Mirror, the zoo eventually lost its licence to accommodate “Category 1 carnivores” (including lions and lynx), and was ordered to close its dangerous animal enclosures in January 2020. Two months later, it was reported that a fifth of the zoo’s animals had died within the space of a year, the Guardian reports.

Following a string of legal and financial woes, including owing more than £122,00 in debt, a virtual court hearing in February 2021 ruled that Borth Wild Animal Kingdom should be compulsorily closed, and have its assets liquidated. As The Sun reports, the Tweeds said in a statement at the time, “once the dissolution of the company has been finalised, we are hoping that the zoo will be able to reopen.”

As mentioned, Tracey and Dean feature in ITV’s brand new two-part documentary Britain’s Tiger Kings: On The Trail With Ross Kemp, during which the award-winning documentary maker meets with big cat owners across the UK.

Britain’s Tiger Kings: On The Trail With Ross Kemp continues on Tuesday, April 6 at 9 p.m. on ITV.

More like this
Twitter Has Renamed Ekin-Su After *That* 'Dancing On Ice' Performance
By Sophie McEvoy
'Love Island' Has Added Yet Another Bombshell To The Villa
By Bustle UK
Joey Essex Is Rumoured To Be Dating A 'Love Island' Favourite
By Sam Ramsden
'The Traitors' Is Officially Being Turned Into A Board Game
By El Hunt
Get The Very Best Of Bustle/UK
Sign up for Bustle UK's twice-weekly newsletter, featuring the latest must-watch TV, moving personal stories, and expert advice on the hottest viral buys.