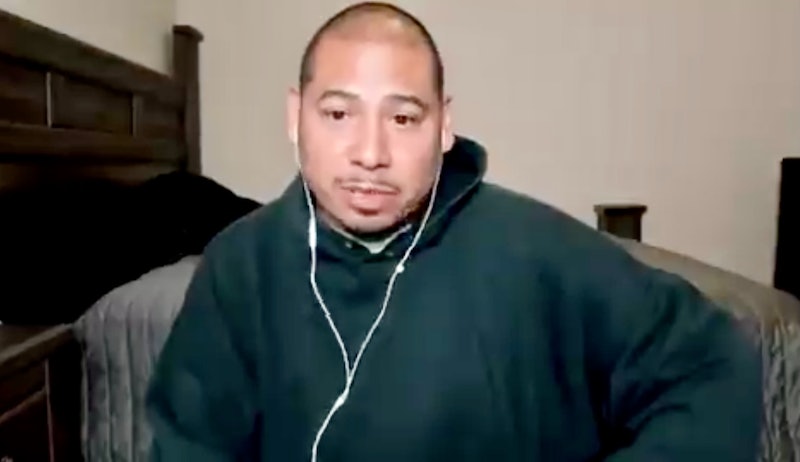 The Jan. 5 Catfish episode may have marked the first time Nev and Kamie filmed together in person since the coronavirus pandemic began, but one thing that hadn't changed is the glaring red flags between their latest Catfish subjects Will and Cherry. Will first encountered Cherry on social media through his interest in cosplay. After he bought polaroids of the Thailand resident in costume, they began chatting online. Eventually, Will started sending Cherry money and even applied for a passport and international driver's license. But despite the fact that Will was planning to fly from Georgia to Thailand, the pair had never even video-chatted — something Cherry blamed on the time difference.

More red flags: Cherry (aka Zo Mari on Facebook) would vanish after Will sent her money, often saying she had to go to the hospital. And when he sent her specific costumes to wear, she never sent back photos of herself wearing them. Will's friend Terry soon came to believe that Cherry was only interested in Will's money, and the probability that their relationship was legit were "slim to none." But after a cursory investigation, Nev actually thought Cherry was real.

An unexpected video call to Nev from Cherry's best friend, Beam, seemed to confirm his prediction. But then Beam clammed up and abruptly ended the call when Nev asked about Cherry's relationship status. She also oddly asked the Catfish host if he was interested in buying photos. However, when Cherry (whose real name is Rujapha) eventually hopped on a Zoom call, it turned out that she was indeed who she said she was.

The tables turned when Cherry requested a one-on-one with Kamie to discuss how she was having "a little trouble" with Will being "very fast" for her. She explained that he calls her through Facebook nonstop if she doesn't respond right away and was talking about wanting to come to Thailand to hold her hand and kiss her. So Kamie gave her a lesson on the term "thirsty" and advised Will to pump the brakes.

Before the episode ended, Will agreed to take things more slowly with Cherry. And after filming, it seems he made good on his promise. The pair continued to talk daily, and once Cherry felt more comfortable, she introduced Will to her family over video chat. As of January 2021, Will tells Bustle that they're still trying to plan his first trip to Thailand, and he's been sending Cherry photos of all the sights he hopes to see after he arrives. He can't get into Thailand without a 14-day quarantine, and Cherry wants him to be able to visit during a cosplay event, so it could be a while until they're able to meet IRL. But they certainly intend on making it happen as soon as the world allows.

More like this
‘The Ultimatum: Queer Love’ Is Officially On The Way
By Radhika Menon and Kadin Burnett
Here’s When You Can Expect More ‘Indian Matchmaking’
By Brad Witter
How To Follow All the 'Married At First Sight UK' Contestants On Instagram
By Sophie McEvoy
Molly-Mae Hague & Tommy Fury Celebrate Pregnancy Reveal In The Sweetest Way
By Sophie McEvoy and Sam Ramsden
Get Even More From Bustle — Sign Up For The Newsletter