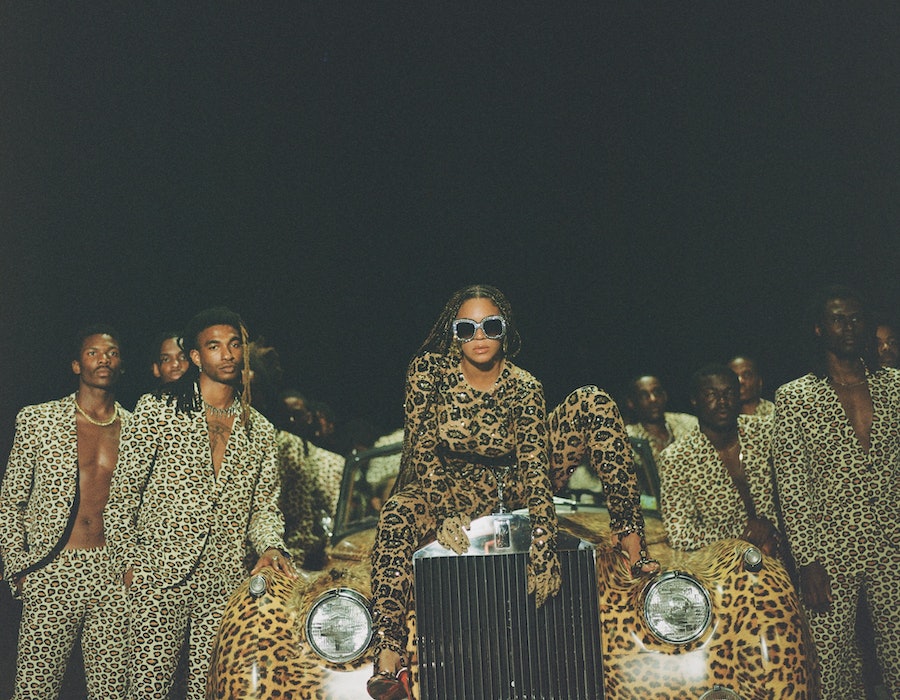 Calling the release of Beyoncé's new visual album Black is King the musical event of the summer is no overstatement. We're talking about a cinematic opera tackling themes of race, struggle, and legacy with one of the most beloved artists of our time as the auteur. This couldn't have come at a more important time. Where can you watch Beyonce's Black is King? It's simple — the project is streaming exclusively on Disney+, so it's time to sign up.

Written, directed, and executive produced by the 24-time Grammy® Award-winning icon Knowles, the film premieres exclusively on Disney+ on July 31, 2020. The creative and production team behind the project was put together with a diverse cast and crew, putting themes of black excellence, beauty, and resilience front and center.

Following last year's release of Disney's live-action reboot of The Lion King (which Beyoncé lent her voice to as the adult Nala), Black Is King reimagines the lessons of that beloved tale to inspire today's young kings and queens to be proud of who they are. In Bey's version, a young king faces betrayal, questions about his identity, and love on an epic journey that takes him far away from home. Bolstered by his ancestors' lessons, and the deep sense of love and purpose his father instilled in him as a child, our young hero is able to return to where he came from and rule as a virtuous hero.

Some of the marquee tracks include “My Power,” “Mood 4 Eva,” and “Brown Skin Girl,” which will have music videos coming out of the project. You should also look forward to some guest appearances. Get a taste of what's to come below, and make sure not to miss out by signing up for Disney+ today.

More like this
You’ll Definitely Recognise The Stars Of Amy Winehouse’s Biopic
By Maxine Harrison
Rihanna Shares Video Of 'Black Panther 2' Filmmakers' First Reaction To “Lift Me Up”
By Radhika Menon
Beyoncé & Blue Ivy Performed A "Brown Skin Girl" Duet At Her Private Dubai Concert
By Brad Witter
You’ll Definitely Recognise Isadóra Bjarkardóttir Barney’s Mum
By Maxine Harrison
Get Even More From Bustle — Sign Up For The Newsletter
From hair trends to relationship advice, our daily newsletter has everything you need to sound like a person who’s on TikTok, even if you aren’t.