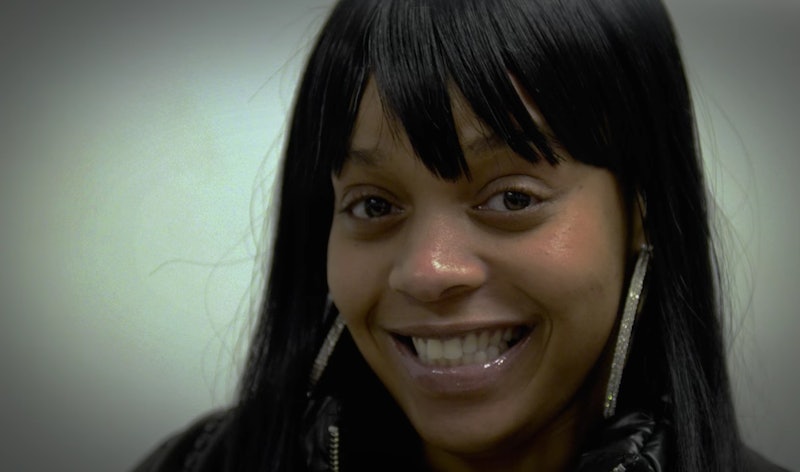 For the mothers of the missing boys in Episode 6 of Unsolved Mysteries Volume 2, Carlina White's case is a beacon of hope. Like Christopher Dansby and Shane Walker, White was kidnapped in New York when she was a child in the '80s. But while White was later found and reunited with her parents, Dansby and Walker's families are still holding out hope that their children will turn up.

As documented in Unsolved Mysteries, White was abducted from a New York hospital in 1987 when she was just 19 days old. A woman posing as a nurse — later revealed to be Ann Pettway — took White and raised her as her own child, renaming her Nejdra "Netty" Nance. It wasn't until White was in high school that she discovered her birth certificate was fake and confronted Pettway about it, per New York Magazine. However, Pettway claimed that White was abandoned as a child and that she'd taken her in.

White spent the next several years searching for her birth parents. In 2010, she noticed that a photo of a missing child in a database looked like her own daughter Samani, according to the Chicago Tribune. White then got in touch with the National Center for Missing and Exploited Children, submitted a DNA sample, and eventually learned her true identity in 2011; the following year, Pettway was sentenced to 12 years in prison for kidnapping after turning herself in.

According to The Mirror, the ensuing press attention became too much for White. She retreated from family and friends — including her newly-discovered biological parents Joy and Carl, with whom she had a complicated relationship. According to the Chicago Tribune, this was partly due to the press attention, but also because White wasn't able to sue New York state for what happened to her. Her parents already did that on her behalf and had long since spent the $750,000 settlement by the time she learned her true identity.

Still, The Mirror reported that as of 2014, White was in touch with her biological parents as well as the family that raised her. "Now I have two moms and two dads and my life is richer now because of that," White told the outlet, noting that she was writing to Pettway in prison. "If I had all that anger in me it would be me who would suffer and it would stop me from living."

White added to New York magazine that she intended to change all of her official documentation to her legal name of Carlina White, but that she would continue to go by her nickname Netty. "I don't tell [people] my name is Nejdra, and I don't tell them Carlina. Netty's not what the Pettway family gave me or what the White family gave me. It's what I gave myself," she said.

The last time White spoke publicly was at the 2014 Crimes Against Children Conference. Now in her 30s, she seems content to live a private life with her daughter away from media attention.