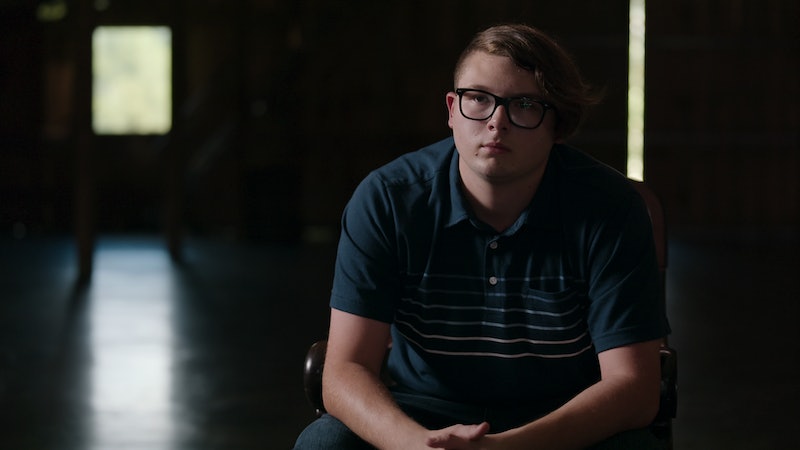 The trailer for the Netflix docuseries I Just Killed My Dad includes the audio of Anthony Templet’s 911 call from June 3, 2019. “I just, uh, killed my dad,” the then-17-year-old teen told the dispatcher. As revisited in the three-part series, he ultimately confessed to fatally shooting his father, Burt Templet, who died three days later, in their Baton Rouge, Louisiana home. Even so, Anthony insisted in another preview scene, “I shouldn’t be charged with anything ‘cause I didn’t do anything wrong.”

His reasoning is partly why the case is so complex. Dating back to when he was 5 years old, Anthony explained that Burt never allowed him to attend public school, and he “never understood why.” Meanwhile, the teen also claimed that his father tracked all his movements via cell phone and cameras installed all around their home.

That could have something to do with the following revelation: He was “legitimately a missing child.” In 2019, Anthony’s sister, Natasha, claimed that Burt kidnapped Anthony from their Texas home, resulting in an 11-year search. “He has been secluded and abused all these years by his own father,” she told local CBS affiliate WAFB. “My brave brother had to defend himself for the last time against that evil man.”

Anthony also claimed self-defense, telling the 911 operator that his father “tried to attack” him in a domestic scuffle over his cell phone. While intoxicated, Burt had allegedly been trying to go through his phone to see if Anthony had any contact with his ex-wife, Susan Templet. According to Anthony, a fistfight ensued, but he was able to run to his father’s room to retrieve a gun to defend himself.

Authorities initially charged Anthony with second-degree murder but later reduced the charge to manslaughter, punishable by up to 40 years in prison. However, he eventually struck a deal with prosecutors in March 2021, pleading no contest to negligent homicide. In exchange, he agreed to serve five years of supervised probation with credit for time served. One special condition of the agreement was that he obtain a high school diploma.

Outside the courthouse, Anthony, who was 19 by then, told reporters that his life had been “pretty hard,” but he saw the resolution as a positive one. “It feels good. I’m very happy,” he said, according to WAFB. Meanwhile, one of his attorneys added that he felt they’d reached a “good middle-of-the-road outcome,” and it felt like the first day of Anthony’s life.

Sitting for an interview in I Just Killed My Dad, Anthony shared how emotional the case was for him. For one, having his “freedom stripped” in jail helped him value his autonomy more than ever. As for where he might go from here, Anthony told the filmmakers, “I just want to be normal. Just want to live normally and be happy and just move on.” After the off-camera interviewer asked if he thought he could really do that, Anthony, who turns 21 in September 2022, replied with a simple, “Yes.”

More like this
Alleged Cult Leader Larry Ray Is Awaiting Sentencing Following His Conviction
By Brad Witter
Glenda Cleveland Died 2 Decades After Trying To Turn In Neighbor Jeffery Dahmer
By Brad Witter
Where Is The Bling Ring’s Rachel Lee Now?
By Arya Roshanian
Lori Vallow’s Son Was Arrested For Sexual Assault Days Before 'Sins Of Our Mother' Premiered
By Brad Witter
Get Even More From Bustle — Sign Up For The Newsletter