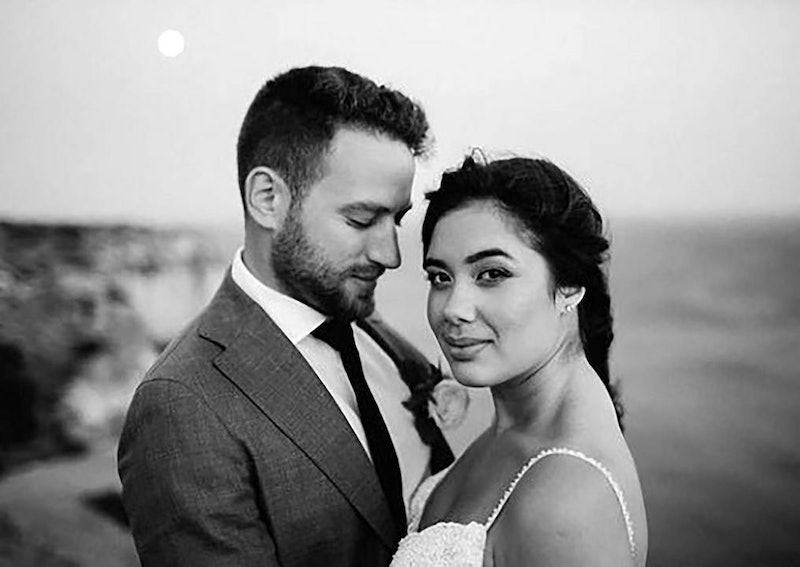 In May 2021, the nation was rocked upon learning about the death of British woman Caroline Crouch, 20, whose slain body was discovered next to her 11-month-old baby, Lydia, in her Athen’s home. Crouch’s husband, Babis Anagnostopoulos, initially told officers — and the worldwide press — that his young wife had been killed by home invaders, who had tied him up in the next room. However, his timeline of events didn’t add up, and police brought him in to the local station for questioning. In June, he eventually admitted to smothering his wife in a fit of rage and staging the robbery. Less than a year after the tragic events, Channel 5’s new documentary, Caroline: The Murder That Fooled the World, will revisit the police investigation that helped uncover the shocking truth.

Hellenic Police, who had conducted the investigation, confirmed the confession via a statement posted on Twitter, writing: "Investigation of the homicide of a 20-year-old native that took place on May 11, 2021, in Glyka Nera [near Athens]. The perpetrator is her 33-year-old husband, who confessed to his act." Anagnostopoulos, a Greek helicopter pilot, had previously alleged that three men had tied him up and killed his wife after breaking into their family home. Per tabloid reports, upon entering the property, police discovered Anagnostopoulos “handcuffed to the floor,” with duct tape over his eyes and mouth. Anagnostopoulos also claimed that robbers had killed the family’s pet dog and stole £10,000 in cash.

Anagnostopoulos kept up the convincing act for 38 days, attending Crouch’s memorial service on the island of Alonissos, and appearing on Greek television to appeal for information on the alleged killers.

Where is Caroline’s Crouch’s husband now?

Anagnostopoulos is currently awaiting trial in Korydallos Prison, a maximum-security facility located just outside Athens. As per The Guardian, public prosecutor Giorgos Noulis, who is handling the case, has put forward the argument that Anagnostopoulos should face charges for premeditated murder, lying to the police, and animal abuse.

More like this
Rachel Nickell’s Son Wants The Police To Take Accountability Over Errors
By El Hunt
A New Netflix Doc Will Explore The Unsolved Murder Of Jill Dando
By Sam Ramsden
Eurovision Has Been Given A Whole New Look Ahead Of Its Liverpool Debut
By Bustle UK
'The Catch' Revisits A Famed Irish Filming Spot From 'The Tudors'
By Darshita Goyal
Get The Very Best Of Bustle/UK
Sign up for Bustle UK's twice-weekly newsletter, featuring the latest must-watch TV, moving personal stories, and expert advice on the hottest viral buys.