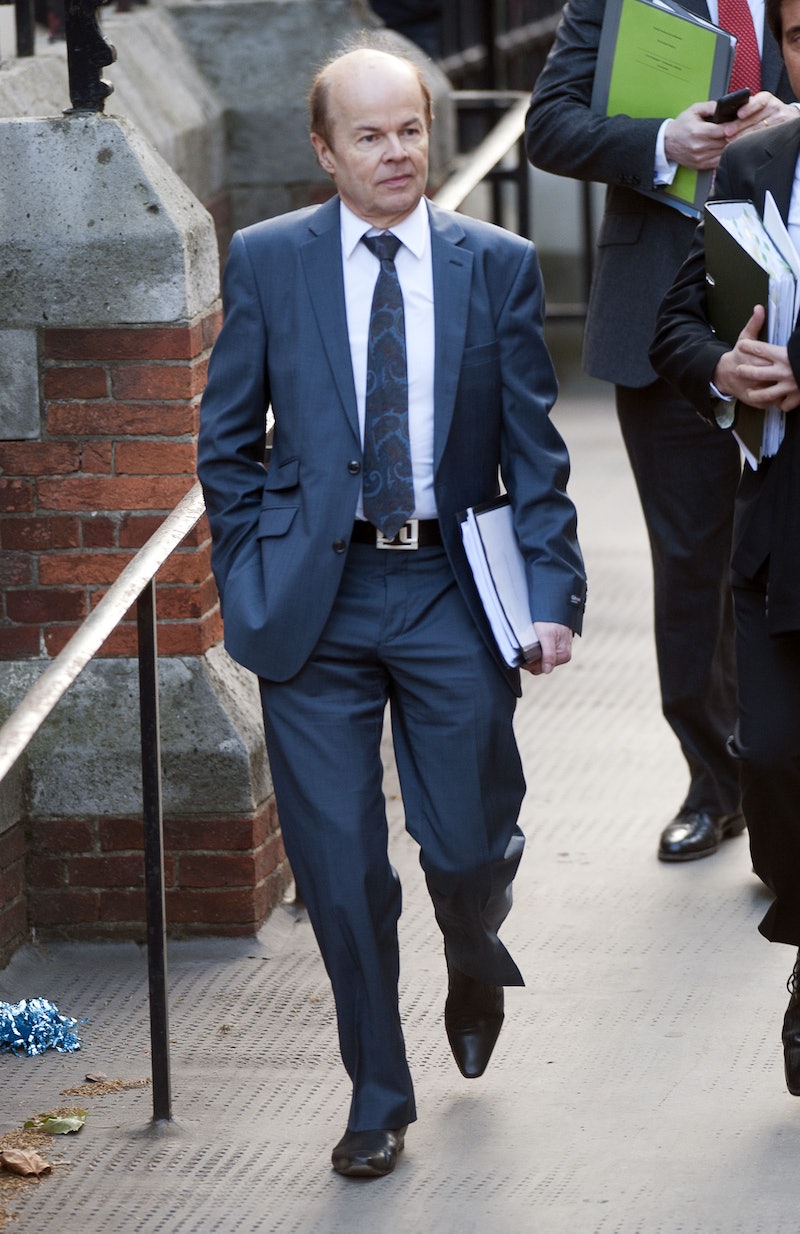 It’s been 21 years since 25-year-old architect Joanna Yeates was tragically murdered by her neighbour Vincent Tabek. The case is one of the most famous in British history due to the false accusations made against Christopher Jefferies, who was acting as Joanna’s landlord at the time of her murder. Jefferies was eventually cleared but the case impacted his life in a monumental way. But where is Jefferies now?

Now in his seventies, Jefferies conducts frequent interviews, speeches, and appearances about his arrest and the media frenzy that surrounded it. "I don't think I've ever been bitter," he told the Radio Times. "And as I look back on the experience, I think I've been incredibly fortunate. Partly in the legal representation I had, which couldn't have been better. And the support I had — because I'm quite certain that I wouldn't have been able to cope if — on being released from custody — I'd have to stay in a bail hostel or something like that.

"And then, and this was the most important thing as far as my relatives were concerned, that my rehabilitation was as public as the libel. So I do feel, as I say, very fortunate."

Yeates disappeared from her flat in December 2010. Her body was found later that month, on Christmas Day, five miles away from where she lived with her boyfriend, Greg Reardon. Two days after this discovery, Jefferies was arrested on suspicion of murder. Jefferies was reported to have told police that he saw Yeates leave her flat "with two other people on the night she disappeared", which would have made him the last person to see her alive.

Arrested on suspicion of murder on December 30, Jefferies was eventually ruled out as a suspect by Avon and Somerset Police following "extensive searches of the flat he owned that Yeates and Reardon lived in, and forensic searches of his possessions." A few weeks later, Yeates' 32-year-old neighbour Vincent Tabak was arrested for her murder, following a tip from an anonymous caller.

Tabak had initially be dismissed as a suspect during the early stages of the investigation, but was eventually jailed for life with a minimum of 20 years for strangling and killing Yeates. "He was in complete control and knew what he was doing," prosecutor Nigel Lickley QC said during the court case. "At the same time, he knew Joanna Yeates was resisting and fighting for her life."

Before being cleared as a suspect in the case, Jefferies was constantly scrutinised by tabloid media — and subsequently the public — due to the way he looked, his "eccentric" nature, and his connection to Yeates as her landlord. Countless defamatory headlines and reports were made by the likes of The Sun, Daily Mail, Sunday Mirror, Daily Record, Daily Star, The Scotsman, and Daily Express, all of which were made to pay "substantial libel damages" to Jefferies following a court case against them.

Jefferies would later play a substantial role in the Leveson Inquiry, which was established in 2011 by then Prime Minister David Cameron, to investigate the News of the World phone-hacking scandal, and the general ethics of the British newspaper industry. "The national media shamelessly vilified me. The UK press set about what can only be described as a witch hunt," Jefferies said in a statement he submitted to the inquiry, per BBC News. "It was clear that the tabloid press had decided that I was guilty of Miss Yeates's murder and seemed determined to persuade the public of my guilt.

"They embarked on a frenzied campaign to blacken my character by publishing a series of very serious allegations about me which were completely untrue. Allegations which were a mixture of smear, innuendo, and complete fiction."

More like this
'Line Of Duty' Fans Might Recognise These 'Bloodlands' S2 Filming Locations
By Sophie McEvoy
After The Bling Ring, Nick Prugo Was Embroiled In Another Scandal
By Arya Roshanian
Ruth Wilson’s New Thriller Spotlights A Controversial Irish Institution
By Darshita Goyal
Louisa Harland’s New Show Is A Far Cry From Derry Girls
By Frances Stewart
Get The Very Best Of Bustle/UK