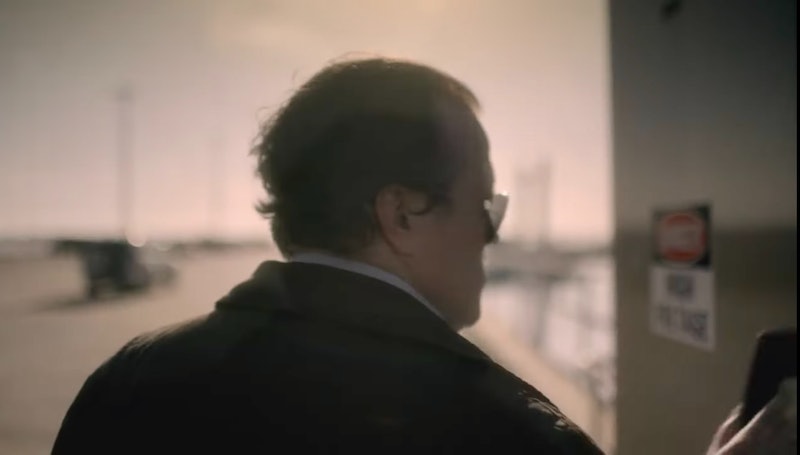 Netflix’s true-crime docuseries, Don’t Pick Up the Phone, revisits the investigation into David Richard Stewart. He was accused of being the hoax caller who talked managers into strip-searching employees at fast-food restaurants across the United States. On April 9, 2004, an 18-year-old Mount Washington, Kentucky, McDonald's employee named Louise Ogborn was working the evening shift when assistant manager Donna Summers called her into her office, claiming to be on the phone with a police officer who said someone matching her description had stolen a purse from a customer. According to ABC News, Ogborn was given a choice: submit to a search or be escorted to the police station.

Summers told her to empty her pockets and surrender her car keys and cell phone before the caller demanded that Summers have Ogborn remove all of her clothing, including her underwear. The supposed officer then instructed Summers to dispatch Ogborn’s fiancé, Walter Nix, to monitor her until the police arrived. Nix also followed the caller’s commands, including forcing her to perform a sexual act.

After Ogborn suffered more than three hours of abusive and dehumanizing treatment, all of which was captured on the restaurant’s surveillance cameras, Summers eventually realized she was being hoaxed. When Mount Washington Police Detective Buddy Stump arrived at the McDonald’s, he had Nix arrested. Following a quick internet search, Stump discovered instances of several other similar incidents dating back more than 10 years. His investigation traced the call to a Panama City, Florida, supermarket pay phone, where someone had used an AT&T calling card. Then, Stump contacted the Panama City Police Department, which was already aware of several similar investigations across multiple states.

After conferring with other investigators, authorities were even able to figure out the exact Panama City Walmart where the calling card had been purchased. After pulling up security footage, they finally found an image of their suspect, who was wearing a uniform for Corrections Corporation of America, a local, private prison company. The warden identified the man in the video as one of his prison guards: David Richard Stewart, a married father of five.

A search of Stewart’s trailer revealed guns, police paraphernalia, and training manuals, according to police. They also said they discovered that the suspect had attended a local police academy and volunteered as a deputy with a small police department in western Florida. In June 2004, Stewart was extradited to Kentucky and charged with solicitation of sodomy and impersonating a police officer. Facing a possible 15 years in prison, he pleaded not guilty to all charges.

Stewart’s trial commenced in the fall of 2006, and defense attorney Steve Romines maintained that his client was an innocent “fall guy.” On Oct. 31, a jury found Stewart not guilty, citing lack of concrete evidence that he had placed the calls. He was acquitted on all charges. “There are a lot of questions unanswered in this case,” Romines said following the verdict, per NBC News. “The only thing I knew for sure was my client didn't do it.”

Prosecutor Mike Mann maintained his belief that Stewart was guilty, despite the jury’s verdict. “I don't think the evidence points to anyone but David Stewart,” he remarked at the time.

Though Stewart has kept a low profile in recent years, police say the phone calls stopped following his 2004 arrest.