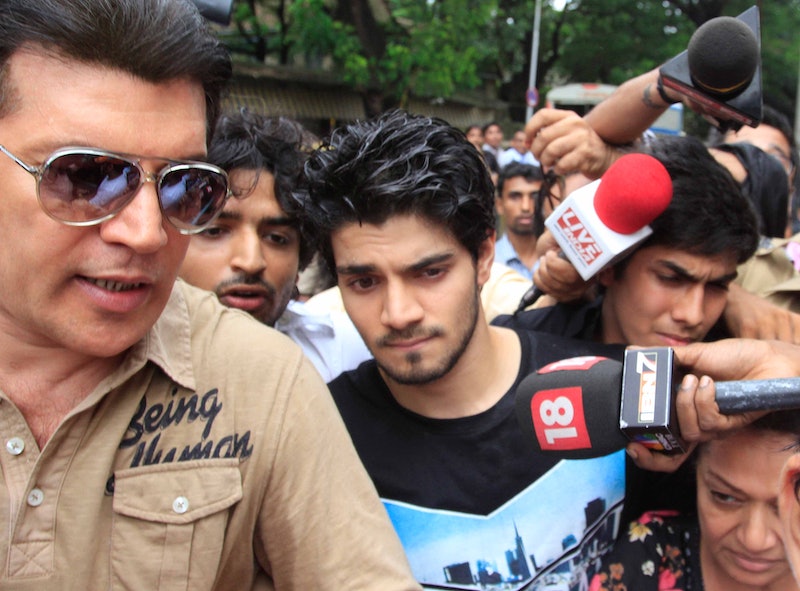 Trigger warning: This article contains details of suicide that some readers may find disturbing.

In BBC Two's new three-part documentary Death in Bollywood, the family of young British-American actor Jiah Khan look deeper into the circumstances surrounding her death which was initially ruled a suicide by police. Following the discovery of a six-page letter to her boyfriend, fellow actor Sooraj Pancholi, the Khan family began to believe something more sinister was at play. Pancholi would later be charged with abetment to suicide. Although maintains he had nothing to do with Khan's death. But where is Sooraj Pancholi now?

According to the Hindustan Times, Pancholi is still awaiting trial for the charge of helping or encouraging suicide. He was the last person Khan spoke to before her death, which allegedly involved an argument. According to the CBI, Pancholi disposed of vital evidence and removed messages between the couple from his Blackberry later that evening. When he was later interviewed by police, he was reportedly "unwilling to disclose relevant facts."

Pancholi claims that the trial has yet to go ahead because Khan's family hasn't shown up to court. "If I am going to the court every time and the complainants are not turning up for the trial, that itself is a reply not only to the court but also to the people who are thinking I am the bad guy," he said. During this time he starred in his "comeback" film Satellite Shankar, and is currently filming another titled Time to Dance according to his IMDB page.

Despite maintaining he had nothing to do with the death of his girlfriend, Khan's mother Rabbiya suggests that there is evidence pointing to the contrary, the Guardian reports. India's Central Bureau for Investigation (CBI) found that while Khan's death was "suicidal by nature", the letter detailed "her intimate relationship with the accused, the physical abuse, the mental and physical torture which she experienced."

Rabbiya believes that her daughter was murdered "and then hanged to make it look like suicide". As the Guardian writes, according to Rabbiya an officer "on the scene said the hanging appeared to be suspicious", as there were "injury marks on Jiah's face and arm, a broken drawer handle, unexplained spots of blood and the balcony windows were unlocked." Key pieces of evidence also disappeared, including the white dupatta (shawl-like scarf) that was used in the hanging. Kh

Following the belief of foul play, Rabbiya hired three private investigators from India, London and Ireland, who "all found the official investigation wanting". In 2016 British forensic physician Jason Payne-James said that Khan "could have been killed before she was hanged".

More like this
After The Bling Ring, Nick Prugo Was Embroiled In Another Scandal
By Arya Roshanian
The Bling Ring's Alexis Neiers Has Come A Long Way Since Her 'Pretty Wild' Days
By Sophie McEvoy and Arya Roshanian
'MAFS UK' Changed The Rules After Matt & Whitney Cheated On Their Partners
By Catharina Cheung
Wait, Is Maya Jama Confirmed To Host 'Love Island'?
By Sophie McEvoy
Get The Very Best Of Bustle/UK