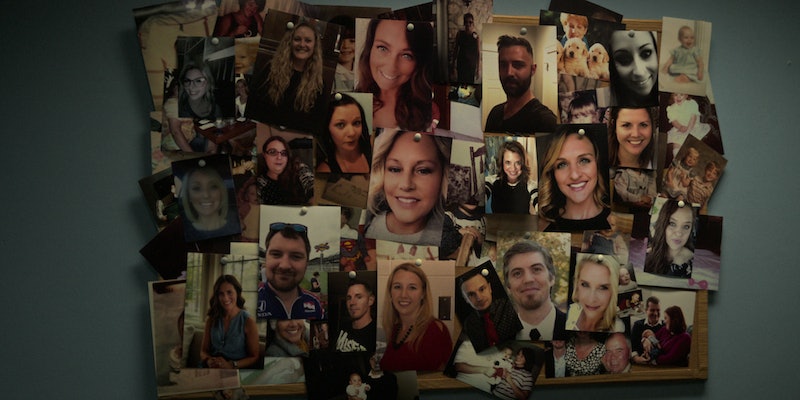 When Indiana fertility doctor Dr. Donald Cline was charged with obstruction of justice in the fall of 2016, his case immediately attracted plenty of mainstream news attention. But the two obstruction charges brought against him paled in comparison to what he’d really done: Over the course of his decades-long career, Cline stated, he had artificially inseminated approximately 50 women with his own sperm without their consent. In 2016, the AP reported that Cline had fathered at least eight children via artificial insemination, but those initial news reports didn’t capture the full story. In Our Father, a new Netflix documentary, director Lucie Jourdan interviews many of Cline’s biological children, who describe both the trauma of discovering their hidden lineage and the difficulty of getting journalists and government officials to take them seriously.

Since charges were brought against Cline in 2016, dozens more half-siblings have emerged. Some of the siblings have worked to raise awareness of nonconsensual insemination and to advocate for reforming Indiana’s laws regarding the practice. Many participated in Jourdan’s documentary. Read more to find out how Indiana law has changed in response to the case, and to discover where Donald Cline is now.

In 2016, Cline was charged with two counts of felony obstruction of justice after lying to the Indiana attorney general’s office when they asked him, in writing, whether he’d ever used his own sperm to inseminate a patient. The fact that he’d inseminated dozens of women without their knowledge or consent wasn’t officially a crime according to Indiana state law — or, for that matter, federal law. As The Atlantic reported in 2019, the state didn’t charge Cline with rape or with battery with bodily waste, a charge that is only invoked in Indiana if the battery is carried out “in a rude, insolent, or angry manner.” (Imagine someone spitting aggressively at another person.) He was convicted of obstruction, placed on probation for one year, and charged $500. He also lost his medical license, which may have injured his dignity, but didn’t have any practical effect on his life: He’d retired in 2009.

Many of Cline’s biological children and former patients found it ridiculous that the doctor couldn’t be charged with a crime other than obstruction of justice, and that he received such a light sentence. Liz White, whom Cline inseminated 15 times and who appears in Our Father, told The Atlantic, “I feel like I was raped 15 times.” In 2019, her son Matt and Heather Woock, another of Cline’s biological children, successfully lobbied the Indiana state legislature to pass a law that would make misrepresenting a medical procedure — including lying about artificial insemination — a felony. “We were told there were no laws to charge Cline or others that would engage in similar deplorable actions and the only thing to do would be to create a law should this issue arise again in the future the patients and children are protected,” White told local news affiliate WRTV after the law was passed. “We educated Indiana’s legislators, got our bill passed, and [are] not going to stop.”

Though Cline’s actions may sound uniquely appalling, he’s hardly the only fertility doctor to have artificially inseminated a patient without their consent. The Atlantic reported that, according to a national survey conducted in 1987, 2% of fertility doctors at that time had used their sperm to inseminate patients. The Atlantic also tracked down such cases in four other states and in Canada. In a director’s statement provided by Netflix, meanwhile, Lucie Jourdan writes that the filmmaking team behind Our Father discovered “at least 44 additional doctors from around the world” who had done the same thing. Genealogist CeCe Moore, who works with adoptees and people who were conceived using donor sperm, told The Atlantic that fertility doctors repeatedly using their own sperm to inseminate women is such a common occurrence in her line of work that “when I see these large groups of half siblings, it’s actually the first thing I think about now.”

Where is Donald Cline now?

Donald Cline is currently living in the Indianapolis area, near many of his biological children. Matt White pointed out their respective streets to the The Atlantic to demonstrate just how close he lived to Cline: “[He] lives down the street over there. I live down the street over there, and my mom lives in town here.” He added that he and his mother have seen members of Cline’s immediate family around town, despite efforts to avoid them.

Jacoba Ballard, a biological daughter of Cline who is featured prominently in the documentary, told The Guardian, “He’s active around his community. He’s going to grandchildren’s swim meets and things like that. There’s no hiding. That’s the thing, he’s still out and about. In his head, I don’t think he thinks he’s done much wrong.” Ballard added that Cline has refused to be in contact with his biological children, many of whom suffer from similar autoimmune conditions. “I actually tried to contact him last year. I have been sick for two years, and I literally begged him for medical information,” she told The Guardian. “And nothing. It’s not just me — I have other siblings who are sick as well. We just want to get some medical information, but we can’t even get that.”

According to the film, Dr. Cline fathered at least 94 children via artificial insemination — that the other half-siblings know about.

More like this
Where Is Allan Gore Now? The ‘Candy’ Subject Moved On Shortly After Betty’s Death
By Gretchen Smail
Michael Peterson & Sophie Brunet’s Relationship Timeline
By Morgan Leigh Davies
UK Viewers Will Have To Wait To See Jessica Biel’s Killer Housewife Series
By Rachel Mantock
All The Theories About Kathleen Peterson’s Death
By Morgan Leigh Davies
Get Even More From Bustle — Sign Up For The Newsletter