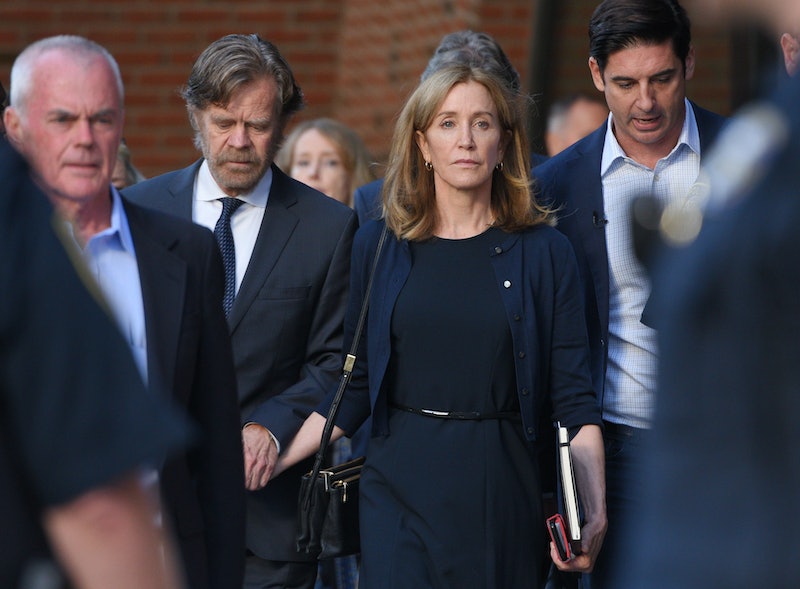 Two years after news broke of her involvement in the college admissions scandal, Felicity Huffman is seemingly eyeing a comeback. Deadline reported in November that she’s set to star in a new baseball comedy pilot for ABC. The series is still untitled, but is inspired by Susan Savage, the real-life owner of the Triple-A baseball team the Sacramento River Cats. Huffman will play the woman who inherits the team after being suddenly widowed, with the show following her as she figures out how to run the team alongside her son. The actor, 58, will also serve as an executive producer on the series.

According to Deadline, Huffman has “been heavily courted for TV series and pilots” since completing her short prison sentence for her role in the scandal. She was charged in 2019 for paying $15,000 to Rick Singer, the college consultant who masterminded the scam, in order to fraudulently boost her eldest daughter’s SAT score. After pleading guilty to one count of felony conspiracy to commit mail fraud and honest services mail fraud, she was fined $30,000 and sentenced to 14 days in jail, one year of supervised release, and 250 hours of community service, which she only recently completed in October 2020.

Hoffman was the first parent sentenced as part of “Operation Varsity Blues,” which took down a ring of people who conspired to use bribery and other forms of fraud to get kids admitted to elite colleges around the country. As detailed in Netflix’s new documentary, Operation Varsity Blues: The College Admissions Scandal, these methods included faked SAT scores, as in Huffman’s case, as well as bribes, fraudulent claims of athletic experience, and more.

When Hoffman addressed the court during her trial, she expressed her remorse at having exploited the system, stating she accepted the court’s decision “without reservation.”

“In my desperation to be a good mother I talked myself into believing that all I was doing was giving my daughter a fair shot,” Huffman said in a three-page letter to the court. “I see the irony in that statement now because what I have done is the opposite of fair. I have broken the law, deceived the educational community, betrayed my daughter and failed my family.”

Hoffman’s husband William H. Macy was also named in the court filings, but he has not been charged in the case. It’s not clear why he was excluded, as a cooperating witness referred to in the documents claimed he was present for in-depth discussions about the scheme. It’s possible he was not as culpable, prosecutors didn’t have enough evidence, or that he cooperated with agents. According to the New York Times, the emails and recorded phone conversations quoted in the filings only include Macy discussing the possibility of repeating the fraudulent SAT process for their younger daughter, which he and Hoffman did not follow through on.

More like this
How To Stream 'White Noise' On Netflix
By Grace Wehniainen
How To Stream Knives Out 2: When Will Glass Onion Be On Netflix?
By Radhika Menon
The 'Love, Lizzo' Harry Styles Scene Is Just 1 Moment That Made Fans Feel Seen
By Brad Witter
Everything To Know About The 'Harry & Meghan' Netflix Documentary
By Jake Viswanath and El Hunt
Get Even More From Bustle — Sign Up For The Newsletter