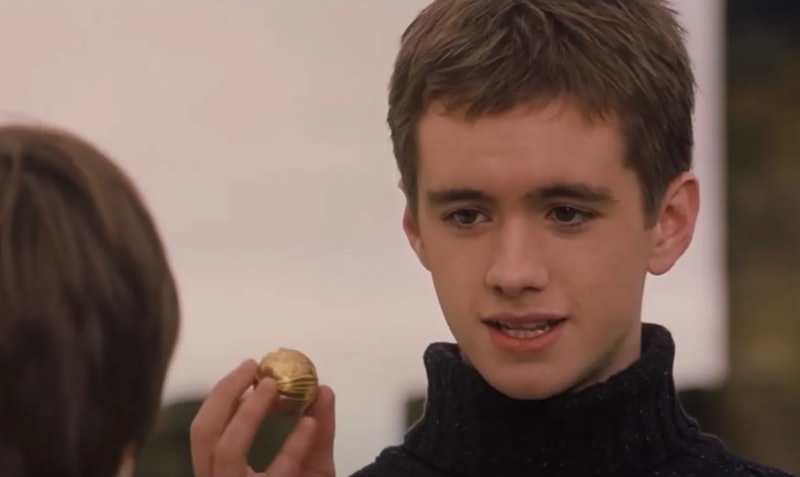 Attention all Potter fans, report to the quidditch pitch immediately, we need to talk about former Gryffindor captain Oliver Wood. Despite his relatively minor role in the films, Wood – played by actor Sean Biggerstaff – developed quite the fan following over the years thanks to his lovely Scottish accent, his magical sports skills, and his ability to pull off a polo neck at the age of 13. And with the HBO Harry Potter reunion right around the corner, fans of the franchise are no doubt wondering, where is Biggerstaff now?

Well, just like his fans, Biggerstaff has very much grown up. After leaving the magical series behind in 2011, the actor (now 38) has continued to pursue a career on the big screen.

Following his debut as Wood in Harry Potter and the Philosopher’s Stone in 2001, followed by The Chamber of Secrets in 2002, Biggerstaff rode the momentum of his success like a Nimbus 3000. He has since starred in both TV and film, including the part of Chris Parsons in the mini series Doctor Who: Shada, and playing Ben Willis in Cashback, a film about a guy working a night shift in a supermarket, who has all sorts of imaginative fantasies.

In 2009, he took on the leading role of Kyle in the TV series The Lost Book. And like almost every working British actor, he has dipped his toe into the period-drama genre, too. He’s appeared in shows like Marple, Garrow's Law, The Last King, and the film that has probably been his most historical thus far, Mary Queen Of Scots (2013).

In 2011, he delighted fans when he returned to screens as OG magical jock, Wood in Harry Potter and The Deathly Hallows: Part 2. Unlike many other Harry Potter cast members, Biggerstaff didn’t take a break after filming. He went on to take roles in short films, such as In Extremis, Boldly Gone, and Enora.

In 2018, he starred in a rom-com with a twist opposite Josie Long, Super November. While in 2020, die-hard Potterheads were elated when he reunited with Rupert Grint (aka Ron Weasley) and Robbie Coltrane (Hagrid, of course), in two episodes of Sky’s comedy drama series, Urban Myths .

In a recent interview with Wizarding World, Biggerstaff shared that, even two decades later “I’ve probably had more interaction with Potter fans over the last five years than all the preceding years” adding: “the demand for cast to appear at events all over the world having not dimmed in the slightest” so it’s possible fans can expect a cameo from the former quidditch captain in the upcoming special.

With a pretty magical wrap sheet under his belt already, Biggerstaff has captured hearts both on and off screen. In September 2020, the Scottish Sun revealed that one fan’s dream came true when her childhood crush on Oliver Wood materialised into a relationship years down the line.

The publication writes that in a now-deleted TikTok video, Glasgow-based Aylish McFarlane wrote “My childhood crush vs my boyfriend now” with a clip of Biggerstaff in character as Wood, followed by more recent pictures of their relationship. She really won the golden snitch.

More like this
The 'Love Actually' Reunion Is Missing A Major Player
By Bustle UK
'The Holiday' Director Just Addressed *Those* Sequel Rumours
By Sam Ramsden
Robert Downey Jr.’s New Film Is A Tender Story of Fatherhood & Forgiveness
By El Hunt
Lindsay Lohan Just Recalled A Hilarious 'Parent Trap' Story
By Sam Ramsden
Get The Very Best Of Bustle/UK

This article was originally published on November 28, 2018