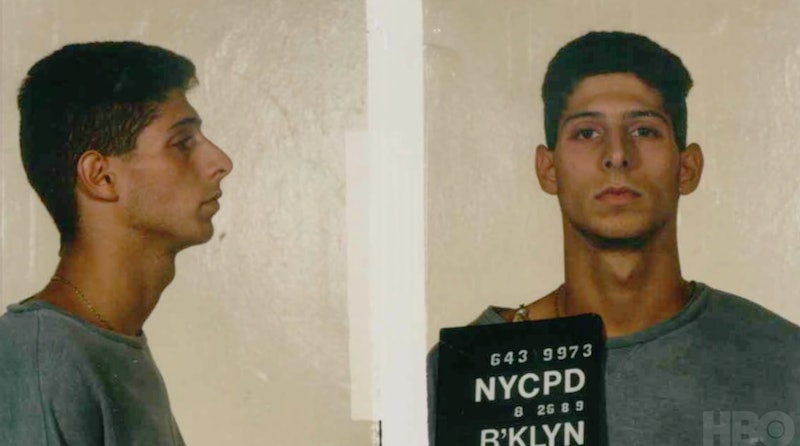 Ever since George Floyd died while in police custody this spring, there has been increased attention paid to racial justice issues in the media. That includes the new HBO documentary Yusuf Hawkins: Storm Over Brooklyn, which re-examines the 1989 murder of a Black teenager by a white mob in the New York neighborhood of Bensonhurst. One of the white men involved in the killing was Keith Mondello, who served jail time for his involvement. Mondello did not participate in the making of HBO's documentary, leaving viewers to wonder, where is Keith Mondello now?

The story of Yusuf Hawkins is a tragic one. On the evening of August 23, 1989, a 16-year-old Black boy from East New York named Yusuf Hawkins and three of his friends, all of whom were also Black, took the subway to the south Brooklyn neighborhood of Bensonhurst to have a look at a used car that was for sale. According to the documentary, Bensonhurst was a largely Italian American enclave with a relatively small minority population. Unbeknownst to Hawkins at the time was that a group of between 10 and 30 white male teenagers had gathered in the neighborhood with baseball bats and other weapons. They had allegedly been rounded up by Keith Mondello, 18, though accounts differ as to why. A 1989 report on the incident from The New York Times lists two possibilities. One, which came from the initial police report, is that Mondello had been spurned by a local white girl, Gina Feliciano, whom he heard had been dating Black and Hispanic men. He also allegedly heard that some of these men would be coming to their neighborhood that evening, and he planned to confront them and stop them from visiting.

The same piece from the Times put forth another account from Mondello's attorney at the time, who claimed that Feliciano had told Mondello she had invited up to 30 men to the neighborhood to beat him up, and that Mondello had gathered his group as a defensive move. Whatever the true motivation was behind Mondello's violent gathering, it ended in tragedy. According to the documentary, as Hawkins and his friends unknowingly turned onto Mondello's block, the group of white boys assumed that these were the out-of-town Black kids who were invited to the neighborhood by Feliciano. Mondello and his friends surrounded the quartet and attacked them, and one of the white group's members — allegedly Joseph Pama, 19 at the time — shot Hawkins twice in the chest, killing him.

For his alleged role in Hawkins' slaying, Mondello was tried in 1990. According to the Washington Post, he was acquitted of murder and manslaughter charges, but was found guilty on a number of lesser charges including riot, unlawful imprisonment, possessing a weapon, discrimination, and menacing. His sentence was for 5 1/3 to 16 years, the maximum allowed by law for the charges, and he ultimately was released from prison in 1998. Within months of his release, he began to speak publicly about Hawkins' murder. He first gave an interview on New York news channel New York 1, and shortly afterward had a one-hour private meeting with Hawkins' father, Moses Stewart, which had been arranged by New York 1. During the meeting, Mondello apologized to Stewart for what happened to his son.

In the two decades since his release from prison, Mondello has restarted his life. He attended St. Francis College in Brooklyn Heights, and earned a four-year degree in sociology. He got a job with the city, got married, and had a daughter. As of 2014, he was living in Staten Island, New York, according to The New York Daily News. In speaking with the Daily News in 2014, Mondello expressed remorse for Hawkins' killing. "I would do anything to give Yusuf Hawkins his life back," Mondello said. "This is not something for you to report to make people think that, 'Oh, I'm some kind of good person.' I mean it honestly from my heart."