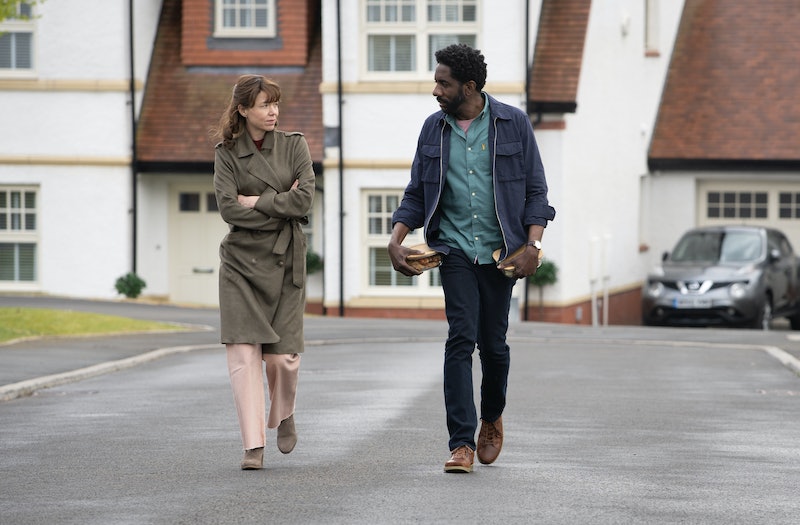 ITV’s newest drama Hollington Drive centres on a tragic incident that rocks a small local community, forcing them to reconsider everything they thought they knew about their neighbours. The story is set within a quiet suburban neighbourhood but, where exactly is Hollington Drive filmed?

The drama was filmed in Cardiff, Wales, with production taking place on a housing estate known as The Mill and a nearby public green space Sanatorium Park.

Per Wales Online, filming of the series took place in May 2021, and speaking at a press event ahead of the show’s debut, the executive producer of Hollington Drive, Jonathan Fisher, revealed that scouting for the drama’s filming location took quite a while.

“I think we started scouting for that location about six months prior to filming – and we looked at loads. We had a location scout on the road,” he explained.

“[W]e reviewed, I would say, over 100 possible cul-de-sacs, honestly, and it was one of those where we just knew when we saw it, we’d know that was the one and this was certainly the case here.”

Fisher went on to reveal that as soon as they stumbled upon The Mill housing estate in Cardiff, they knew they’d found the one. Speaking about the chosen location, he said “You can tell just from [the first 10 minutes] that alone that it’s such a fundamental part of that series and almost a character in itself. It was integral that we got it right and I think we did. We’re really happy with it.”

Speaking to ITV, show writer Sophie Petzal revealed that she had a “very clear picture” in her head of what the filming locations should look like before production had even commenced.

“I wanted something that felt bright, without being too cartoony or silly. I wanted it to juxtapose with the dark underbelly of the story, with detached houses that looked really nice and idyllic but not recognisably from a specific part of Britain like Manchester or Bristol ... I was so lucky the locations manager found a street that was exactly what I had imagined.

“It has white houses that look comfortable and aspirational. Overall, it feels compelling and inviting, even though the subject matter is dark and kind of twisted.”

She added, “We wanted to set this drama in a world that felt very lovely, with people who live these perfect little lives ... Then that world is suddenly disrupted by this incredibly terrible thing, but these are the kind of people who think ‘people like us’ don't do terrible things. We wanted to expose and explore that.”

ITV’s Hollington Drive revolves around the lives of sisters Theresa (Anna Maxwell Martin) and Helen (Rachael Stirling), whose families often enjoy spending quality time together. However, during a seemingly normal family BBQ, the sister's children fail to return from a nearby park and it is later revealed that their neighbour's ten-year-old son has gone missing.

Hollington Drive begins on Wednesday, Sept. 29 at 9 p.m. on ITV.