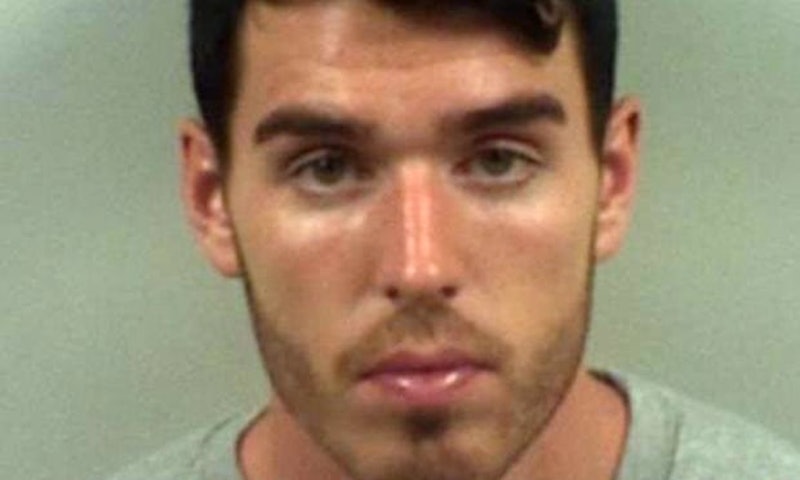 The third and final episode of ITV2’s latest true-crime series Social Media Murders airs tonight (Nov. 15), focusing on the murder of 23-year-old Molly McLaren, whose life was taken by her ex-boyfriend in June 2017.

The series examines what role social media can play in serious crimes, including murder. The previous two episodes looked at what happened to Alex Rodda and Grace Millane and now ITV has turned their attention to Molly McLaren to explain how her ex Joshua Stimpson was able to stalk and intimidate her through online platforms before eventually murdering her as she made her way back from the gym one evening.

McLaren and Stimpson met on Tinder in July 2016. Shortly after their split, he posted defamatory messages about her on Facebook and she told friends in social media messages that she was scared of him. She reported his stalking behaviour to the police, but no further action was taken.

Two days before the murder, Stimpson was caught on CCTV purchasing a knife from Asda in Chatham. Less than 30 minutes later, he also buys a pickaxe from Homebase.

The day of McLaren's murder, Stimpson followed her to the gym and preceded to stab her in her car as she tried to get away, the Times reports. She was stabbed a total of 75 times.

Stimpson was arrested and put on trial at Maidstone Crown Court in Kent. He denied murder and instead plead guilty to manslaughter with diminished responsibility on the basis of an “‘abnormality of functioning’ arising from a mental condition.”

However, Judge Adele Williams said she “was certain Simpson was not suffering from a personality disorder” and, as the BBC reports, a community psychiatric nurse who spoke with Simpson said he “showed no overt symptoms of psychosis or acute mood disorder.”

During Stimpson’s trial, the Times writes that two of his ex-girlfriends told the court that they had felt threatened by him. Alexandra Dale alleged that he “used to follow her in clubs and take secret photos.” He previously slashed her tyres, Dale added, and once, when she was about to go on holiday, he sent her a message saying, “I'm going to go fly out and drown you.” Dale reportedly informed Staffordshire police of Stimpson’s actions in 2013, but it was not recorded as a crime. (Staffordshire Police have since changed their policy on reports of stalking, according to Kent Online, “meaning officers are now required to record stalking as a crime even if victims don't want to take matters further” in order to prevent tragedies like this from occurring ever again.)

In the end, Stimpson was found guilty of murder and was sentenced to at least 26 years in prison. It took the jury less than four hours to come to this conclusion.

“This was a cruel, calculated, and cowardly act,” Judge Williams told Stimpson during the court proceedings, according to the BBC. “This was an act of wickedness. You took away Molly's life quite deliberately in the most vicious fashion. You were determined to punish her for ending the relationship with you. You were seeking revenge. She was 23 years old, beautiful and intelligent. Her family's grief and anguish is raw and apparent for everyone to see.”

At the time of writing (November 17, 2021), Stimpson is still in prison serving his sentence.

This article was originally published on June 25, 2019