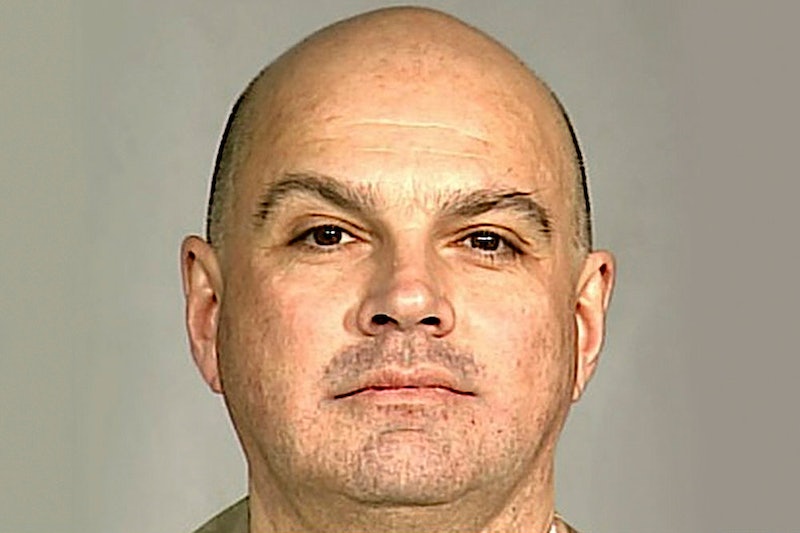 Peacock’s true-crime documentary Sex, Lies and The College Cult revisits the shocking story of how Larry Ray, a father and professional conman, “brainwashed students of Sarah Lawrence College into an abusive sex cult that upended their lives, and the lives of their families.” In the doc, some of his victims even shared their stories of Ray’s manipulation tactics that led to a decade of abuse, extortion, sex trafficking, and forced labor.

The bizarre series of events began in 2010 when Ray was released from a New Jersey prison, where he was serving time for charges related to a child custody dispute, according to the New York Times. That’s when prosecutors later said Ray, who allegedly compared himself to Roman emperor and philosopher Marcus Aurelius, moved into daughter Talia Ray’s dorm on the Sarah Lawrence campus north of New York City in Westchester County.

Former students claimed that Ray described an approach to life called “Quest for Potential” and often shared dramatic stories about his supposed military exploits and law enforcement connections. He also allegedly manipulated his victims, presenting himself as a mentor, isolating students from their parents, pressuring them into degrading acts, and extorting hundreds of thousands of dollars from them.

According to a later indictment and evidence presented at trial, Ray subjected his victims to sexual and psychological manipulation and physical abuse. His tactics allegedly included sleep deprivation, psychological and sexual humiliation, verbal abuse, threats of physical violence, physical violence, threats of criminal legal action, and exploiting their mental health vulnerabilities. Moving from New York, North Carolina, and New Jersey, Ray would control where his victims went, to whom they spoke, and even what they ate and when they slept.

“He met a group of friends who had their whole lives ahead of them,” U.S. Attorney Damian Williams explained in April 2022. “For the next decade, he used violence, threats, and psychological abuse to try to control and destroy their lives. He exploited them. He terrorized them. He tortured them. Let me be very clear. Larry Ray is a predator. An evil man who did evil things.”

Ray’s modus operandi, according to prosecutors, involved gaslighting his victims into making false confessions about the harm they’d brought to him, his family, and associates and then extorting payment for those purported damages. His accusations against his followers included everything from property damage to them trying to poison him. The victims would then employ extreme measures — including draining their parents’ savings, opening lines of credit, selling real estate, performing unpaid labor, and prostitution — to make their payments.

During his trial, one female victim detailed how he had begun sexually grooming her in college and then manipulated her into performing commercial sex acts for a debt she did not owe him. In addition to collecting sexually explicit photographs and other personal information to coerce her into prostitution, he once also allegedly tied her to a chair, put a plastic bag over her head, and nearly suffocated her. According to attorneys, he ultimately collected millions of dollars in forced prostitution proceeds.

Meanwhile, Ray’s defense lawyers argued that he’d become caught up in a group delusion that his daughter’s friends and roommate — some of whom suffered from mental illness — had created in crafting a “fantastic conspiracy” against him.

Following a four-week federal trial, in April 2022, a New York jury found Ray guilty of carrying out a racketeering conspiracy, a violent crime in aid of racketeering, extortion, sex trafficking, forced labor, tax evasion, and money laundering offenses after less than a day of deliberations.

Ray, who was 62 at the time the verdict was handed down, was returned to the custody of the U.S. Marshals. Though his sentencing was scheduled for September 2022, the date was later pushed to Dec. 1. The punishments associated with each charge range from a minimum of 15 years behind bars to a maximum sentence of life in prison. In the interim, Ray is being housed at the MDC Brooklyn federal jail while he awaits sentencing, according to public records.

“Today’s verdict finally brings him to justice,” Williams added. “This verdict would not have been possible without the victims who testified in court. We are in awe of their bravery in the face of incredible trauma.”