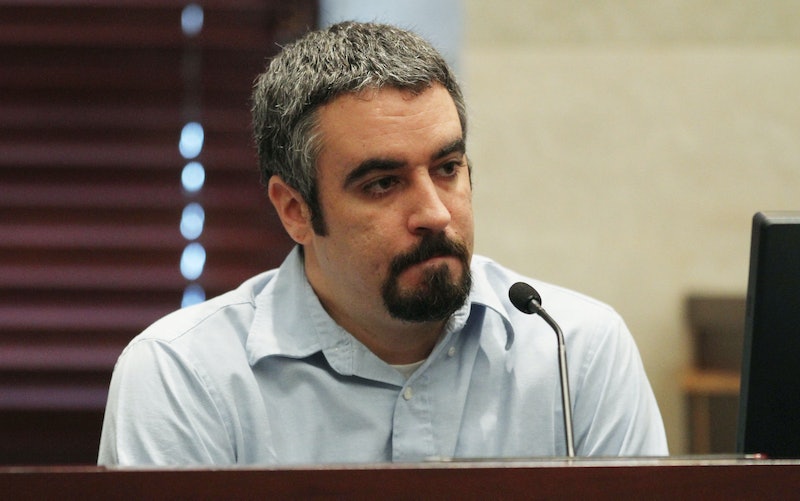 In Peacock’s new Casey Anthony documentary, Where the Truth Lies, the mother of Caylee Anthony discusses the events surrounding her daughter’s 2008 death. She also revisits claims that go back to before Caylee was even born — including allegations about her father and brother, George and Lee Anthony, respectively.

During Episode 1, Casey discusses a nightmare that was “similar to other things that happened to [her] growing up.” Specifically, she describes being raped by her father over the course of several years. “When I was 8 years old, my father started to come into my room at night,” she said, adding that the alleged abuse stopped before she turned 12. Then, she claimed that her brother started coming in into her shortly after she turned 12 and stopped around age 15.

In her claims about Lee, Casey does make one clarification. “[It] wasn’t the same thing that happened with my father,” she says. “My brother never raped me. No, absolutely not. But it was close enough — close enough where there was a pattern.” Casey said she didn’t tell her mom, Cindy, about the alleged abuse until she was 19. However, she “always questioned” whether her mother knew anyway.

The allegations about Lee echo earlier reports from Casey’s 2011 deposition with psychiatrist Dr. Jeffrey Danziger — in which she claimed, per Orlando’s WKMG, that “she was inappropriately touched” by her brother. However, a card at the end of Episode 1 reads, “Lee Anthony didn’t reply when asked about Casey’s allegations of abuse in this program. He wasn’t asked about the abuse allegations during her trial but has previously denied the claims. He has not been charged in connection with any such allegations.” Bustle was unable to reach Lee for comment.

So, where is Lee Anthony today? According to a 2018 People report, Lee got married to Mallory Parker shortly after Casey’s trial in 2012. They welcomed a son the following year. “Casey has met her nephew, but no longer has a relationship with him,” the magazine added at the time.

The filmmaker behind Where the Truth Lies, Alexandra Dean, also shed light on Casey and Lee’s relationship in a new interview with BuzzFeed. “Casey does talk to her mom and her brother,” she said. “She doesn't talk to them often, and I wouldn't call their relationship close, but they do communicate.”

More like this
A New Netflix Doc Will Explore The Unsolved Murder Of Jill Dando
By Sam Ramsden
Netflix Shut Down 'Bridgerton' S3 Rumours About A “Very Dark” Storyline
By Bustle
Pamela Anderson’s Dating & Marriage History Could Be Its Own TV Series
By Jake Viswanath
Everything To Know About 'The Real Housewives Ultimate Girls Trip' Season 4
By Jake Viswanath
Get Even More From Bustle — Sign Up For The Newsletter
From hair trends to relationship advice, our daily newsletter has everything you need to sound like a person who’s on TikTok, even if you aren’t.