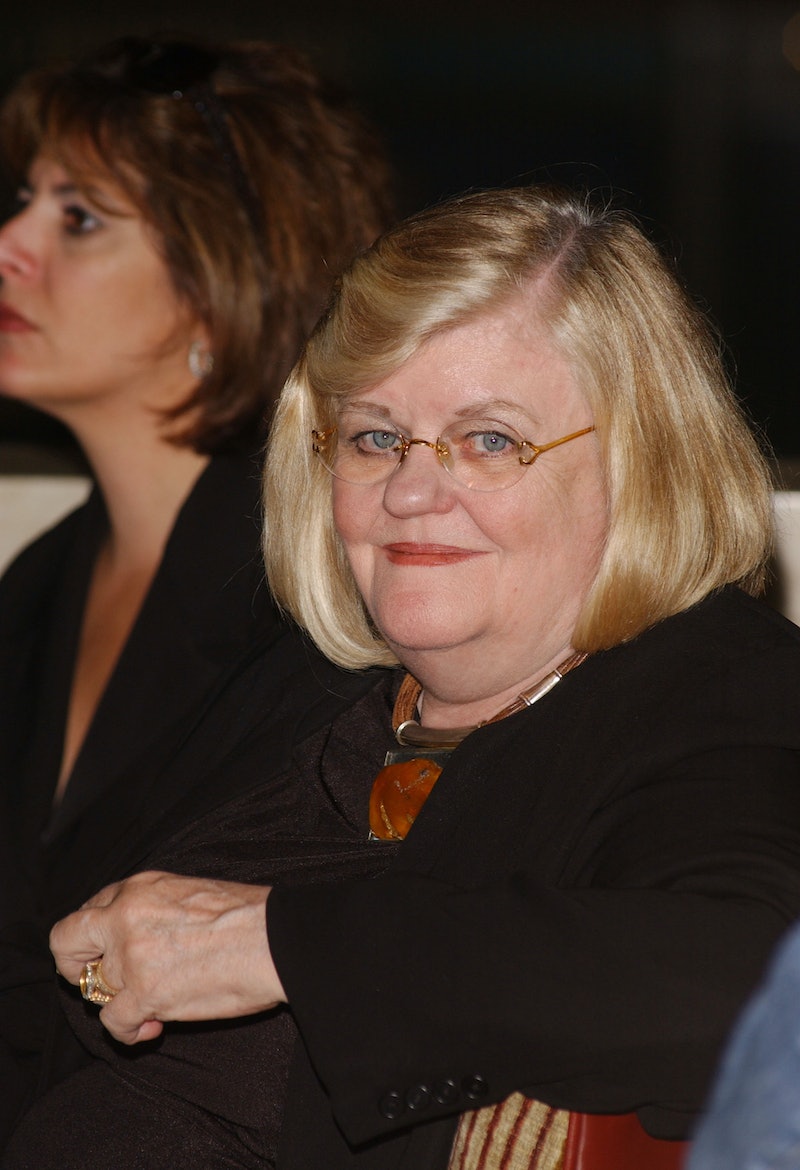 Had it not been for Lucianne Goldberg, Linda Tripp might have never secretly recorded her phone calls with Monica Lewinsky, in which the former White House intern detailed her affair with President Bill Clinton. While pitching various book ideas in the early ‘90s, Tripp developed a friendship with Goldberg, who made the suggestion so that Tripp would have evidence to authenticate her story. Goldberg, a longtime Clinton critic who’s portrayed by Margo Martindale in FX’s Impeachment: American Crime Story, is also the one who helped bring the scandal to Newsweek reporter Michael Isikoff. And ultimately, the recordings became a centerpiece in the investigation that led to the Clinton’s impeachment.

What Goldberg didn’t tell Tripp is that in Maryland, it’s illegal to record conversations without the other party’s consent. In November 1998, Goldberg appeared before a grand jury that would decide whether the recordings broke Maryland’s wiretapping laws. “I take all the blame,” she told reporters outside the courthouse, adding that “Linda did nothing illegal.” (Maryland’s chief state prosecutor reluctantly dropped the wiretap charges against Tripp in 2000.)

As Goldberg later explained on PBS in 2012, however, the nature of her friendship with Tripp was overblown, and they’d only met in person twice. The last time they ever spoke was the day Tripp — and the FBI — ambushed Lewinsky in the Ritz Carlton food court and confronted her about the affair. Despite the legal battles and personal attacks that followed for many of the women involved, Goldberg has said she doesn’t have any regrets about her involvement in the scandal.

Goldberg never disguised her animus toward Clinton, which continued long after the President left office in 2001. She’s also criticized Hillary Clinton throughout the years. “She was pushy, she was humorless, she was— she couldn't get her hair figured out,” Goldberg told PBS. “There were just so many things about Hillary that we didn't like.”

After the scandal, Goldberg contributed to the Free Republic website under the name “Trixie” in the late ‘90s, hosted a nationally syndicated talk show, and ultimately launched her own conservative news forum as publisher and editor-in-chief of Lucianne.com Media, LLC. Now 86 years old, Goldberg has largely taken a step back from public life in more recent years, though Lucianne.com is still in operation. Her son is the conservative political analyst Jonah Goldberg, who founded the right-leaning publications the National Review and the Dispatch. He now writes for the Los Angeles Times.

More like this
Linda Ronstadt’s “Long Long Time” Plays A Pivotal Role In The Last Of Us
By Brad Witter
Matt Hancock’s TikTok Is The Most Matt Hancock Thing Ever
By Sam Ramsden
Eurovision Has Been Given A Whole New Look Ahead Of Its Liverpool Debut
By Bustle UK
Grammys Host Trevor Noah Made Adele's Dream Of Meeting The Rock Come True
By Brad Witter
Get Even More From Bustle — Sign Up For The Newsletter
From hair trends to relationship advice, our daily newsletter has everything you need to sound like a person who’s on TikTok, even if you aren’t.