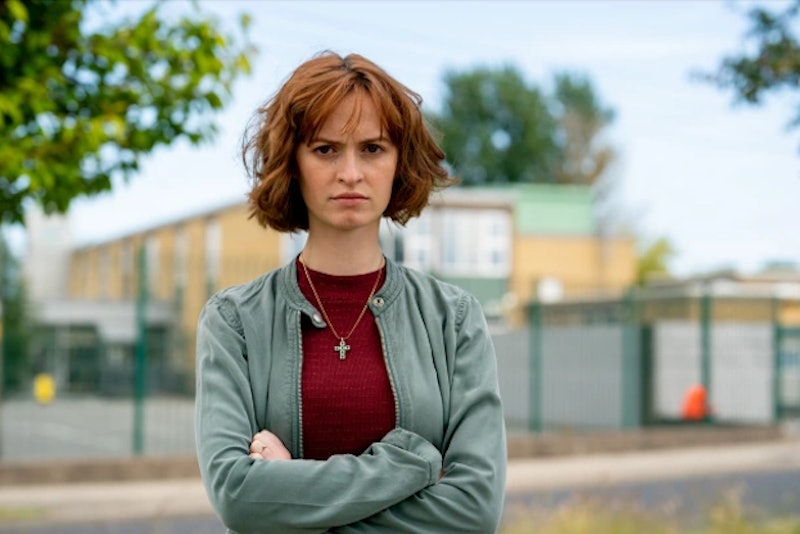 The 2002 disappearance of schoolgirls Holly Wells and ­Jessica Chapman in Soham shocked the nation. Following a nationwide search, their bodies were discovered, and a police investigation found Ian Huntley has murdered the ten-year-old schoolgirls in cold blood. The events leading up to their murders have been dramatised in a new Channel 5 drama series, Maxine. Starring Jemma Carlton and Scott Reid, as Huntley’s then-fiancée, Maxine Carr, and Huntley respectively, the show is inspired by true events. But where is Maxine Carr now and what do we know about her life since the Soham murders?

Though many, including the Times, have pointed out that 20 years is “too soon to dramatise the murders of two ten-year-old girls,” the drama zooms in on Carr’s story and a dramatised version of it. Both Carr and Huntley worked in the education sector in the lead-up to the Soham murders: Huntley worked as a caretaker at East Anglia’s Soham Village College, whilst Carr was a teaching assistant at the girls’ primary school. She knew Holly and Jessica personally, as the show accurately depicts. Though Huntley was convicted of the two ten-year-olds’ murders and sentence with two life sentences, Carr’s story is slightly different.

In 2003 Carr pleaded guilty to perverting the course of justice and was given a three-and-a-half-year prison sentence. After serving 21 months in prison, she was released early released on probation, as reported by the BBC at the time. She was granted lifelong anonymity, on the grounds that her life would be in danger were she identified, per the i.

Beyond that, there are few details we know about Carr now. We do know that is 45 years old, having been born on Feb. 16, 1977, and that she is married and has a child. According to The Mirror, Carr became a mother in 2011, and remarried in 2014. Carr’s lifelong anonymity extends to that of her child and partner.

In 2020, Carr’s alleged alias was revealed online, along with her location, details of her work, and a recent photo. Police were quick to act, deleting the post and may have even assigned Carr another new identity, though this is unconfirmed.

Maxine continues at 9 p.m. on Channel 5 and is available to stream on My5.