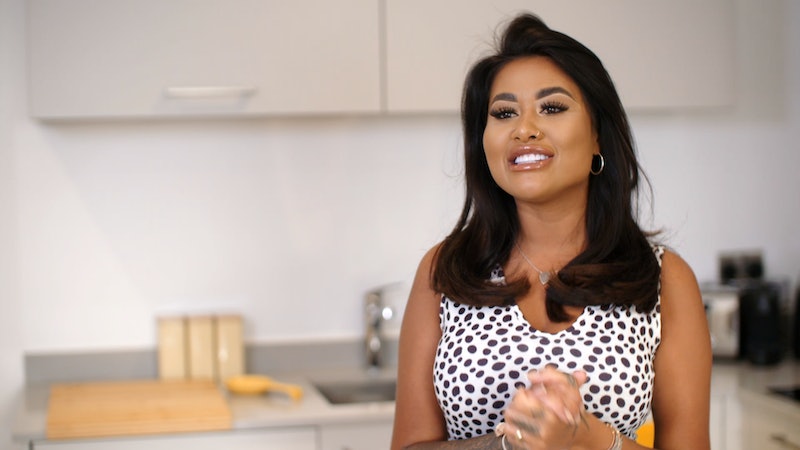 Married At First Sight UK has already been full of drama, and it’s not about to end any time soon. In fact, reports have confirmed that contestant Nikita Jasmine was asked to leave the show after a dinner party confrontation, airing on Sept. 9.

In said confrontation – the first of the dinner parties in the newly reformatted reality TV series – Nikita argues with her husband, Ant Poole, and fellow contestant Jordan Mundell, who reportedly left his girlfriend of 11 years to feature in the show. According to a statement form Channel 4, Nikita was asked to leave the E4 show after "a situation escalated off camera."

“Nikita just lost it and screamed at everyone around the table,” a source told Heat World. “It was over an argument she started, ranting her co-stars were only doing the show for fame – when most of them felt that's exactly why she had signed up.”

A spokesperson for the show later confirmed she had been asked to leave. The statement read: “The wellbeing of cast and crew is our utmost priority at all times throughout production and beyond.”

“During filming, a situation escalated off camera and Nikita displayed a level of aggression that was unacceptable and breached our agreed code of conduct on behaviour. As a result, she was asked to leave the experiment. All involved have been offered support and Nikita has since apologised and resolved the situation with those involved."

So what has happened since, and where is Nikita now? Well, the reality star has now broken her silence, both on social media and to The Sun, where she apologised for her behaviour: "I am truly gutted to have left the show. I loved every minute of the experience but it was a rollercoaster of emotions, and sometimes they got the better of me.”

She continued: "But that’s me as a person and I am truly sorry for any upset I caused during my time in the experiment. However, I will always stand up for what I believe in. I can be loud and lairy, I’ll admit that, but I have try to be a good person and have others backs. This can confuse people occasionally. But I do think I am misunderstood."

Also on social media, she denied being asked to leave, saying she left for her own reasons: “I WAS NOT dragged away by security and kicked off the show at the dinner party lmfao. I CHOSE to leave the dinner party that particular night then sat in a different room with some people eating pizza and having a glass of wine.”

She also mentioned the she would still feature in the commitment ceremony following the incident, as well as for the reunion show when that airs. Adding, “Nobody knows what goes on behind closed doors, this dinner party took around 12 hours to film, it was a hectic day, nobody got to see the real deal.”

In terms of how she’s doing now, it sounds as though Jasmine definitely took something positive out of the experience in terms of her friendships: “I speak to all the cast members, I’ve made best friends for life including the producers as well whom I speak to everyday. I couldn’t be happier right now and have amazing opportunities coming up that I’m extremely grateful for.”

She also confirmed she has made up with Jordan via her Instagram stories.

As for Ant, a romance with another contestant, Alexis Economou, could well be on the cards, per Metro. We’ll just have to wait and see.