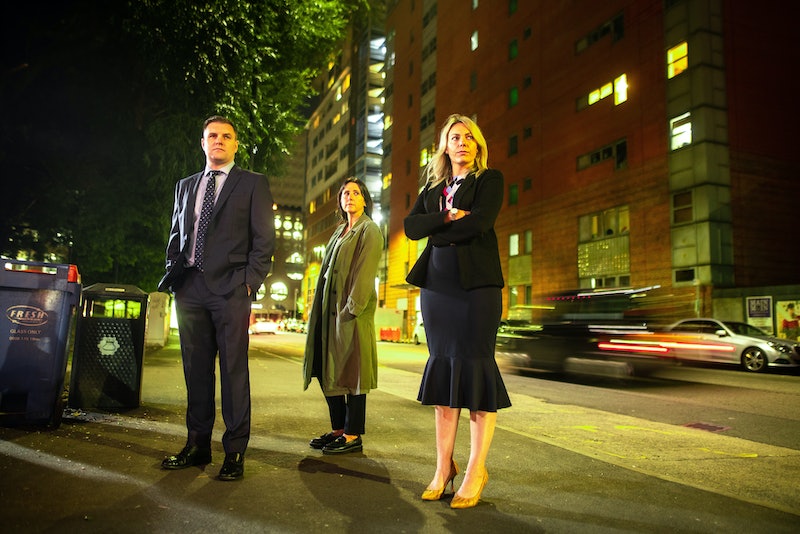 Trigger warning: This article contains references to sexual assault and murder, as do many of its outbound links.

The largest rape inquiry in British legal history is the subject of the BBC’s latest true-crime documentary Catching A Predator. With exclusive access to Greater Manchester Police's investigation, the show recounts the harrowing story of serial rapist Reynhard Sinaga, who would lure vulnerable men back to his Manchester flat where he would drug, assault, and rape his victims. But, where is Reynhard Sinaga now?

Per the BBC, Sinaga was handed a life prison sentence at Manchester Crown Court in January 2020 for 159 sexual offences against 48 men. During the trial, Sinaga was accused of drugging and raping his victims. Police also discovered evidence that suggested the real number of Sinaga’s victims amounted to more than 200 men, 60 of whom remain unidentified.

As Manchester Evening News reports, Sinaga had originally been carrying out his sentence at HMP Manchester but was later transferred to HMP Wakefield in April 2020 where he remains to this day.

In December 2020, the Court of Appeal extended Sinaga’s minimum prison sentence from 30 years to 40 years after the original sentence was described by the attorney general as being “unduly lenient.”

Speaking to the Manchester Evening News, Detective Inspector Zed Ali, who led the investigation into Sinaga’s crimes, described the convicted serial rapist as “a psychopath,”

“He’s offended with impunity for a decade. He’s now convinced himself either that he is innocent or that it doesn’t matter because he’s got what he wanted for so long”, DI Ali said at the time of Sinaga’s conviction.

As mentioned, Sinaga’s crimes and eventual conviction are at the centre of the BBC’s Catching A Predator. Throughout the documentary film, it is explained how Sinaga would target lone men who were often drunk after a night out in Manchester. And, after convincing them to come back to his flat to have a drink or call a taxi, he would drug, assault, and rape his victims while recording the attacks on his mobile phone.

With accounts from those closest to the investigation, the programme delves into the horrific scale of Sinaga's crimes, revealing how detectives managed to piece together this unprecedented prosecution.

Waving his right to anonymity, one of Sinaga’s victims also appears in the BBC documentary to help break the silence surrounding male rape in the UK, where sexual violence against men often goes unreported.

Catching a Predator airs on Wednesday, Oct. 6 at 9 p.m. on BBC Two.

More like this
Rachel Nickell’s Son Wants The Police To Take Accountability Over Errors
By El Hunt
A New Netflix Doc Will Explore The Unsolved Murder Of Jill Dando
By Sam Ramsden
'The Catch' Revisits A Famed Irish Filming Spot From 'The Tudors'
By Darshita Goyal
Olivia Colman Stars In First-Look Trailer For BBC's 'Great Expectations'
By Sabah Hussain and Sam Ramsden
Get The Very Best Of Bustle/UK
Sign up for Bustle UK's twice-weekly newsletter, featuring the latest must-watch TV, moving personal stories, and expert advice on the hottest viral buys.