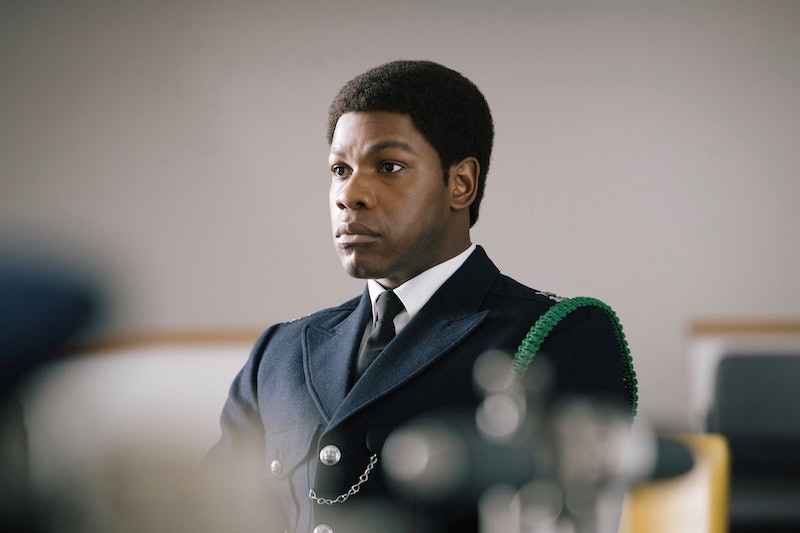 The resilience of London's Caribbean community between the 1960s and mid-1980s is at the centre of Steve Queen's Small Axe, a hard-hitting BBC anthology that unfolds over five films. One of the true stories depicted in the series is that of Leroy Logan, a man who left his career in forensic science behind to try and fight racist attitudes in the Metropolitan police force from within. But, what else is there to know about this chapter of the Small Axe anthology? And where is Red, White and Blue filmed?

As the Express reports, the filming of Small Axe largely occurred on-location in London throughout June 2019. For Red, White and Blue, filming also took place in the West Midlands, with the suburban Goldthorn Avenue in Wolverhampton being used to portray the London boroughs of Hornsey and Hackney. Elsewhere, the University of Wolverhampton’s Shire Hall campus in Stafford was used for scenes based in Hendon Police Training College, and Wolverhampton College's Paget Road campus was also converted into a 1980s high school during production, CN Traveller reports.

With Star Wars' John Boyega at the helm, Red, White and Blue follows the true story of young forensic scientist Leroy Logan, who, after witnessing his father being assaulted by two policemen, revisits a childhood ambition to become one of the first Black British officers in a notoriously racist Metropolitan police service.

The series arrives in the wake of the death of George Floyd, which sparked worldwide protests against police brutality and systemic racism earlier this year. Speaking to press ahead of Red, White and Blue's release, Boyega discussed the experience of portraying a British officer, despite his own feelings regarding police brutality.

“It’s my job. My job is to portray people who are not me and we understand that fully in our portrayals. It excited me to put it on. I was like, ‘I need to see myself as this guy.’" He continued: "And putting on a costume any actor will tell you — it brings you just that little bit closer to who you’re going to portray."