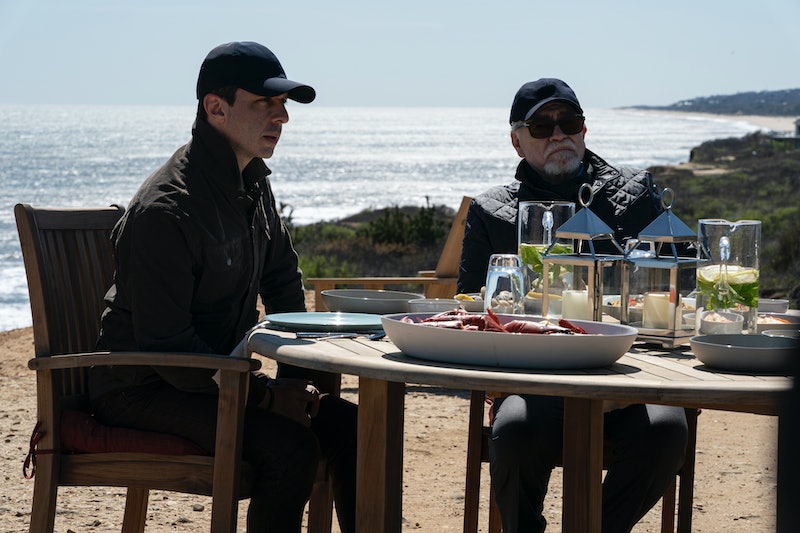 Photograph by Macall B. Polay/HBO
By Kadin Burnett
November 11, 2021

Shakespearean-level drama demands an equally tremendous setting, and Succession has certainly provided an opulent backdrop for its corporate, familial warfare. Across three seasons, the Roys have traveled around in Learjets, gone yachting in the Mediterranean, and held court over extravagant lobster lunches. Season 3 continues to serve up magnificent views alongside high-powered backstabbing, visiting lavish New York City hotels and sprawling beach mansions before setting off for Italy later on. Here’s everywhere the series filmed to bring its sumptuous world to life in Season 3.

The central playground for Succession is New York City, with locations across Manhattan, Queens, and Long Island providing interior and exterior shots throughout the show. For instance, the Waystar RoyCo headquarters are located in the Financial District of Manhattan, while production uses venues like the Sheraton New York Times Square Hotel, The Plaza, and the New York Marriott Marquis as settings for lavish galas and parties. According to The Cinemaholic, other spots around the city featured in Season 3 include The Foundation Building, CBS Broadcast Center, and The Shed, a cultural center in Hudson Yards. Condé Nast Traveller reports that filming also took place at the famed Plaza Hotel on fifth avenue, including scenes in the Palm Court, Terrace Room, and Grand Ballroom.

Season 3, in particular, filmed in Suffolk County on the eastern end of Long Island, primarily in Wainscott and Montauk and on the beaches of Shadmoor State Park and Kirk Park. The notable scene in Season 3, Episode 4 in which Josh Aronson — a Waystar investor played by Adrien Brody — welcomes Logan (Brian Cox) and Kendall (Jeremy Strong) to his beachside estate was filmed in Montauk. The house was one of four properties considered by the production team, who looked for a location that felt isolated and private. “One of the nice things about this property is that once you get out onto the pool deck, you sense that there might not be too many other buildings close by,” production designer Stephen Carter told Architectural Digest. They also liked that the space had high windows.

“That was one of the most impressive things about the living room,” Carter said. “You’ve got these great views out toward the beach. You have great light coming in. One of the things we try to do on the show is to create [the suggestion of] wealth through an abundance of space, light, and [ceiling] height in every situation.”

According to Cinemaholic, parts of Season 3 were filmed at The Jefferson Hotel in Richmond, Virginia. The outlet reports that production shot throughout multiple parts of the city. However, it’s unclear if the Roys will actually head to Virginia or if these shots will serve as a stand-in for a different location.

In Season 2, the Roys went yachting around Croatia. In Season 3, they’ll head abroad again — this time to Italy, where they’ll take up residence at an extravagant 13-bedroom, 17th century Tuscan villa. Per the Cinemaholic, these scenes were filmed at the Villa Cetinale, a Roman Baroque-style mansion in the Ancaiano district near Siena, Italy. According to the villa’s website, it was built in 1680 by Cardinal Flavio Chigi for Pope Alexander VII, and its gardens are renowned as some of the most beautiful in Italy.

Other filming locations in Italy include Florence, Val d’Orcia, Bagno Vignoni, Chianciano Terme, Montalcino, Argiano, and the ancient town of Cortona. Per Condé Nast Traveller, viewers will see Shiv and Tom touring the bathing pool in the spa village of Bagno Vignoni, and the Roys dining at the La Terrazza Del Chiostro, a popular restaurant in the town of Pienza. There’s also a visit to another spa town: Villa La Foce in Chianciano Terme.

For Succession showrunner Jesse Armstrong, a British screenwriter, setting the final episodes of Season 3 in Tuscany was a deliberate nod to the Roys’ extreme level of wealth. “I don’t know how much of a social signifier it is to Americans — anybody who can go abroad is really rich — but [Tuscany] has this particular flavor for the English upper class,” he told Vulture. “Some call it Chiantishire in a slightly sickening way.”