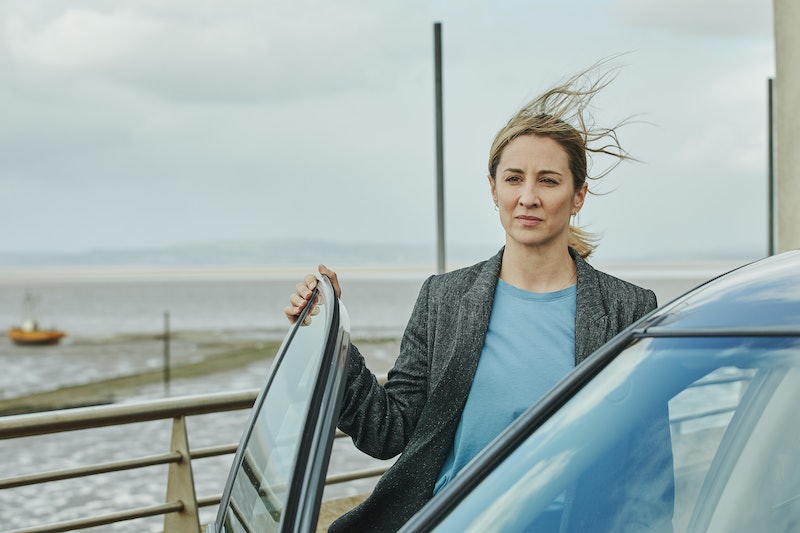 ITV crime drama The Bay is back. The second series of the "whodunnit" drama sees Detective Sergeant Lisa Armstrong (Morven Christie), assist on a brand new murder case after a pretty difficult year. As the name would suggest, the cinematic new series is set around a bay, and the windy seaside promenade is often a backdrop for some intense scenes. It begs the question, where was ITV's The Bay filmed?

Some may recognise that The Bay is filmed in the coastal town of Morecambe, Lancashire, based North of Blackpool. According to The Lancashire Post, plenty of the show's beach scenes were indeed filmed along the five miles of sandy shore, particularly the Stone Jetty, the last remaining section of Morecambe’s original Victorian harbour.

Morecambe was once a thriving holiday destination known for its stunning views, however, the town has been blighted by tourism decline over the past half century.

Nonetheless, The Bay screenwriter Daragh Carville had plenty of reasons why he wanted to set the popular crime drama in Morecombe and especially because "nothing had been set there before."

“One of the reasons I wanted to write this story and to set it there was just simply because nothing had been set there before,” Carville said to Radio Times. “And I think there’s something really important about seeing your own life represented on screen or on stage.”

While not the usual setting for a British crime drama, the Irish playwright believes the coastal town's "shifting tides and dangerous quicksands" make the perfect backdrop.

Speaking to The Lancashire Post, he said: "The landscapes there are absolutely stunning. It’s one of the things that instantly strikes you, the vistas out across the bay with the hills of the Lake District in the distance, but also the beautiful Edwardian architecture of the promenade itself, in Morecambe.

"There is a danger in the tide as well and it all ties in," he added. "It’s so alluring and gorgeous to look at but then it shifts. Morecambe Bay is famous for its shifting tides and dangerous quicksands and what’s beneath the surface.”

The premiere of Series 2 aired on ITV earlier this month (Jan. 20) and picks up where Detective Sergeant Lisa Armstrong left off: trying to rebuild her career after a difficult year.

However, as ITV explains, “a new case involving a shocking murder within a loving family brings Lisa unexpectedly back into the front line."

This article was originally published on March 20, 2019