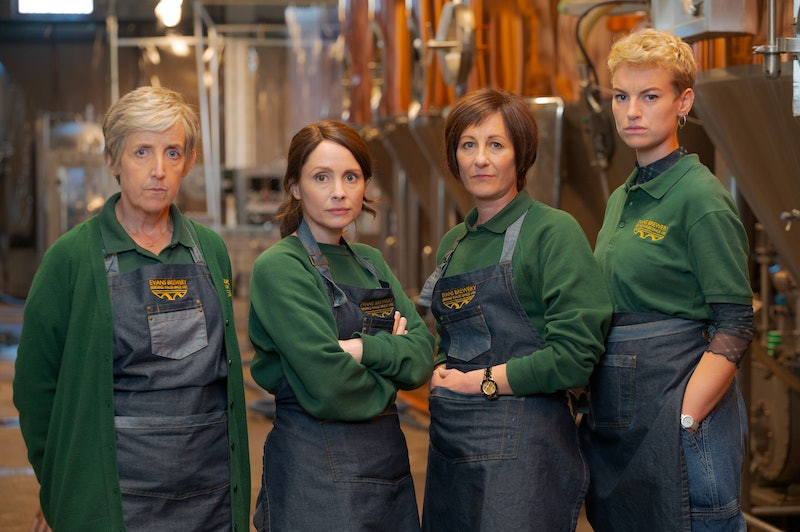 Starring Breaking Bad’s Laura Fraser and Julie Hesmondhalgh (Coronation Street, Broadchurch), brand new BBC crime drama The Pact follows five friends (Anna, Nancy, Louie, Cat, and Tish) “in the aftermath of a shocking and unexplained death” that forces them into a “pact of silence.” The six-part thriller has been commissioned by BBC Cymru Wales with the promise of some “epic locations,” but where was The Pact filmed?

The Pact was filmed across various locations across Wales including Cardiff, Merthyr Tydfil, and the Rhymney Brewery in Pontypool — so expect some lush Welsh landscapes when the series airs this month. According to the series writer Peter McTighe, the series will take advantage of country's “epic locations and incredible talent both on- screen and behind the camera.”

Rhymney Brewery – as the workplace of Anna, Nancy, Louie, Cat, and Tish – is a key location in the shot. Set in Pontypool, the historic brewery is open to visitors and is still producing ale in the Welsh Valleys. (The IRL Head Brewer, Tim, features in the series, too.)

Ahead of The Pact’s release, Scottish actor Laura Fraser, who plays Anna, described some of the “stunning” locations seen on set: “We got to see some of the Welsh scenery in places around Merthyr Tydfil," she explained, via Wales Online. "We filmed in two different woods, which were stunning and then most of the other locations were in the studio,” she explained. "We did get to see the countryside but unfortunately not as much as I wanted to. It's absolutely beautiful and to me, parts of it look very much like Scotland." (Fraser was born in Glasgow.)

Meanwhile, Julie Hesmondhalgh, who plays Nancy in The Pact, took advantage of the beautiful locations and cycled through much of her time on set: “We filmed in some completely beautiful places. The woods at Pontsticill are where a lot of the action takes place and you'll see that beautiful landscape in all climates. As did we! It's a stunning place,” she said, per WalesOnline.

"My favourite thing to do has been hiring a bike and cycling down to the Bay or up to Castell Coch along the Taff Trail through Llandaff Fields,” she added. “It's such a cycle-friendly city with unbelievable amounts of green space, that I could enjoy even in lockdown. I also managed to have a bit of an explore when we were filming around Merthyr Tydfil."