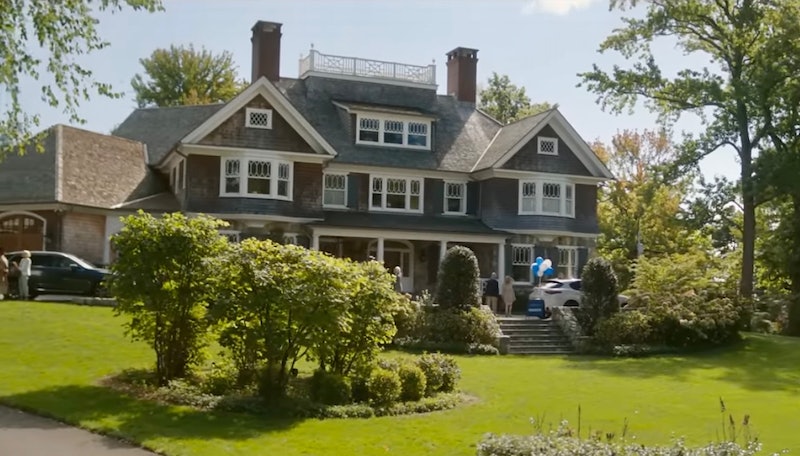 If you’re searching for the infamous real-life “Watcher” house, be warned that it looks nothing like the home featured in Netflix’s The Watcher. Though the Ryan Murphy-created series correctly lists the home’s address as 657 Boulevard, the show changes the zip code to make it seem like it’s in Hempstead, New York. However, the real “Watcher” house is actually located in Westfield, New Jersey.

The Watcher also incorrectly states that the home — which appears much larger in the fictional version, boasting such amenities as an inground pool — was built in 1921 and cost $3.2 million. But real-life owners Derek and Maria Broaddus, on who the characters portrayed by Bobby Cannavale and Naomi Watts are based, paid nearly $1.4 million for the suburban Dutch Colonial home, built in 1905.

However, the onscreen version is a far cry from either description. The Watcher filmed at an expansive 10,166 square feet home located steps from the Long Island Sound shoreline in Rye, New York. The fictional “Watcher” house, which was built in 2016, features a 70-foot pool with an attached spa, a home theater with seating for 10, a gym, a game room with a full bar, an indoor basketball court, a golf simulator, and last sold for $1.93 million in August 2020, according to Dirt.

As dramatized in the Netflix series, the Broaddus family (aka the Brannocks in The Watcher) bought their suburban dream home in 2014. But when threatening letters from someone calling themself “The Watcher” began arriving, the Broaddus’ lives quickly turned into “a living hell.” The ominous correspondence ultimately became so threatening before renovations were even complete that the Broadduses never felt safe enough to move their family, including their three young children, into the real 657 Boulevard home.

Six months after the letters began arriving, Derek and Maria Broaddus listed the home for sale but were unsuccessful in finding any offers remotely close to the nearly $1.4 million they paid for it. They listed the home multiple times, reducing the price to just under $1 million. At one point, they even tried to broker a deal with a developer to put two properties on the lot, but the Westfield Planning Board shut the plan down amid public criticism.

After five years, they finally sold the home for $959,000 in July 2019, resulting in a financial loss of more than $400,000, according to a copy of a deed filed with the Union County clerk’s office obtained by NBC New York. Meanwhile, despite several theories, the so-called Watcher has never been caught, even though the New Jersey home now has new occupants.