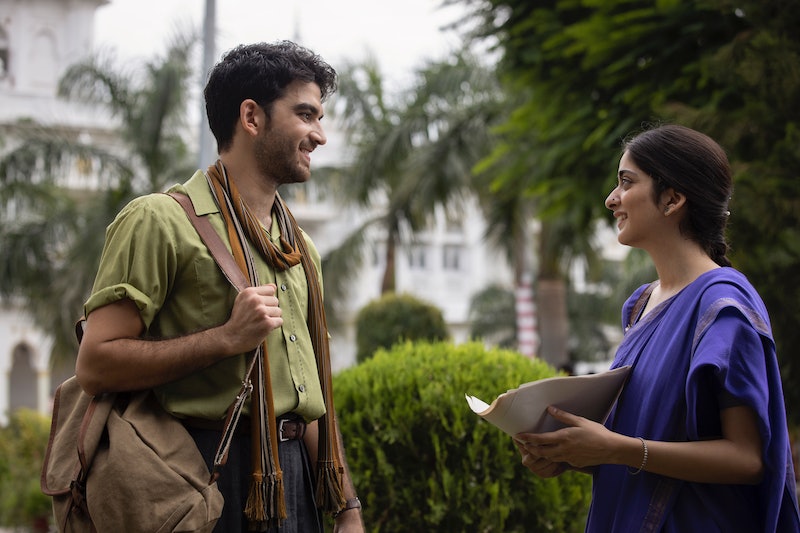 Starring some of the most notable names in Bollywood, the BBC's A Suitable Boy follows the story of an ambitious university student, who defies her mother's plans to find her the perfect husband. Set in 1950s India, the series is based an era during which the nation became acquainted with independence. But what else is there to know about the BBC adaptation? and where was A Suitable Boy filmed?

In a first for the BBC, the series was filmed entirely on location in India, the Evening Standard reports. Production on the six-part drama took place in several locations across the country, including Lucknow and Maheshwar, and Executive Producer, Faith Penhale, recently discussed the significance of A Suitable Boy's filming spots.

"What makes it truly special and unique is that it is a story born of India and about its people. So we’re thrilled to be able to celebrate this wonderful country on the international stage by working with an incredibly talented ensemble of Indian actors and by shooting everything on location," she explained. Elsewhere, director Mira Nair praised the decision to shoot on location, explaining how it will help honour the history of an "alternative India."

"I am deeply honoured to be the one bringing this intimate, epic tale of an unseen India to the world," Nair commented, adding that "with a mix of legendary and cutting-edge actors from the subcontinent, shooting entirely on location in palaces, villages, and streets across northern India, we will keep the history and dream of an alternate India alive."

The series is adapted from Vikram Seth’s classic novel of the same name, and centres around university student Lata in North India in 1951. Set against the backdrop of the country's newfound independence, the story also revolves around the fortunes of four large families, exploring India's rich culture during a pivotal moment in the nation's history.

The cast of A Suitable Boy is fronted by newcomer Tanya Maniktala as Lata, Bollywood icon Ishaan Khatter as the hedonistic Maan, the Life of Pi's Tabu, and more, the Radio Times reports.

Author Seth, who penned the original novel, previously commented on the show's all-Indian cast, revealing his confidence the actors will bring his characters "brilliantly to life."

"We all passionately believed that the series should be filmed in India with an Indian cast, and we have got great locations and wonderful actors. I am confident they will bring my characters brilliantly to life – and I hope they have a really good time doing so."