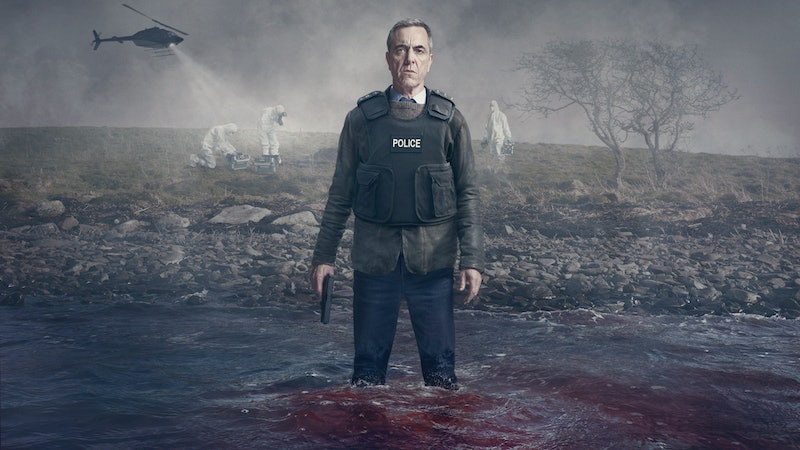 New BBC show Bloodlands is set to start on Sunday, Feb. 21 at 9 p.m. The crime thriller centres around Tom Brannick (played by James Nesbitt). He's a Northern Irish police detective who discovers a possible suicide note in an abandoned car in the lough, which is then linked to a chilling old cold case. It's set in Northern Ireland, but where was Bloodlands actually filmed?

Set in Belfast, most scenes are indeed filmed within the city, along with several surrounding areas. First and foremost, the scenes where the suicide note is found in the lough are unsurprisingly filmed around the Strangford Lough and surrounding areas, including Mourne Mountains. "Bloodlands was mainly filmed in the rural area around Strangford Lough, a rugged and beautiful location that serves as the eerie setting for the series," Executive producer Jed Mercurio explained.

This stage of the filming sounds as if it was the most challenging due to adverse weather. According to Nesbitt, “it was incredibly cold, particularly when we had to go down to the islands of Strangford Lough."

“We’d be transporting crew, equipment, food, toilets, to these remote islands and it was bitterly cold, the wind really comes and cuts you through to the bone," he continued. “At times it was hard to speak, my mouth would be paralysed and I just couldn’t get my jaw moving.”

While the lough and mountains were the predominant filming locations, other scenes are also shot in surrounding areas. For example, one scene that sees Brannick talking with his daughter on a bench is filmed in front of Queen's University Belfast, while a moment when a police car catches on fire is captured on Ballynure Road in Ballyclare.

In addition, some of the filming took place around West Belfast, as well East (Pims/Park Avenue in Strandtown) and South (Botanic Gardens). Finally, there were some scenes that were set at the Belfast docks, too. Phew, that's a lot of Belfast to capture.