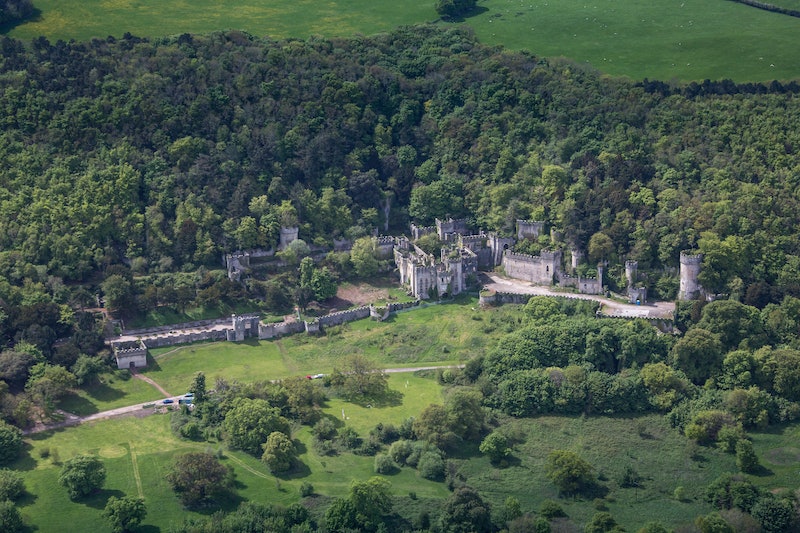 Contestants on I’m A Celebrity...Get Me Out Of Here usually have to endure some pretty terrible tasks and woeful camp conditions. When you’re in the middle of the Australian jungle a rogue creepy crawly in your sleeping bag is just part of your night-time routine. However, this year's contestants may be facing entirely different challenges. The show announced it would have to adapt due to the pandemic, including where I’m A Celebrity will be filmed in 2020. While their surroundings will be far more regal than usual, I hope they pack a jumper – or ten.

ITV announced that they’d be taking I’m A Celebrity...Get Me Out Of Here from New South Wales to North Wales earlier this year. Instead of flying across the world, the contestants of 2020 will be staying much closer to home in a castle in the UK. The broadcaster announced that the historic Gwrych Castle in Abergele, North Wales had been selected as the location for this year's challenges.

ITV confirmed with Hello magazine that "I'm A Celebrity continues to adhere to all relevant guidelines as well as our own strict COVID protocols." It has been announced that the show will begin airing on Nov. 15, 2020.

So, while the contestants won’t have the novelty of sleeping in the Australian camp they will be surrounded by some seriously beautiful Welsh scenery. The castle is on a hillside among trees and overlooks the Irish Sea. It has 250 acres of grounds and gardens making it the perfect getaway if you didn’t have to undertake some pretty gruelling tasks.

Richard Cowles, Director of Entertainment at ITV Studios, said of the choice of location: “The Australian jungle is such an integral part of the show it was a big challenge to find a UK location where we could continue to deliver what viewers love about I'm A Celebrity...Get Me Out Of Here! But Gwrych will definitely do that ... we are really excited to see how we can adapt the format and make the Castle our new home for a very special 20th series of I'm a Celebrity...Get Me Out of Here! this Autumn.”

Although this year's contestants can worry less about gigantic bugs and mosquitos, Gwrych Castle brings its own set of challenges. Filming for I’m A Celebrity takes place in November. This means that the campers will be sleeping in an old open-top castle in the middle of winter. I’m not sure anything can prepare you for those kind of temperatures but let's just say they definitely won’t be needing to pack their swimsuits.

The venue hosts events all year round including an Easter dragon egg hunt, a Christmas fair, and even ghost hunting. So sounds like the celebrities will be shacking up with some supernaturals beings.

In a statement, Dr Mark Baker, Chair of the Gwrych Castle Preservation Trust said “I’m absolutely delighted that I’m A Celebrity has chosen Gwrych Castle to be its UK location for the 2020 series. Gwrych Castle is a beautiful grade I listed 19th county house and a must-see destination for tourists visiting Wales. I’m A Celebrity being here will really help support Gwrych Castle and its ongoing restoration as well as giving the region a much-needed economic boost.”

While I’m A Celebrity 2020 is definitely going to look a little bit different to usual, it’d seem ITV have found the perfect location to put this year's campers to the test. I just hope they don’t mind freezing nights and the possibility of being visited by a ghost.

This article was originally published on Aug. 28, 2020