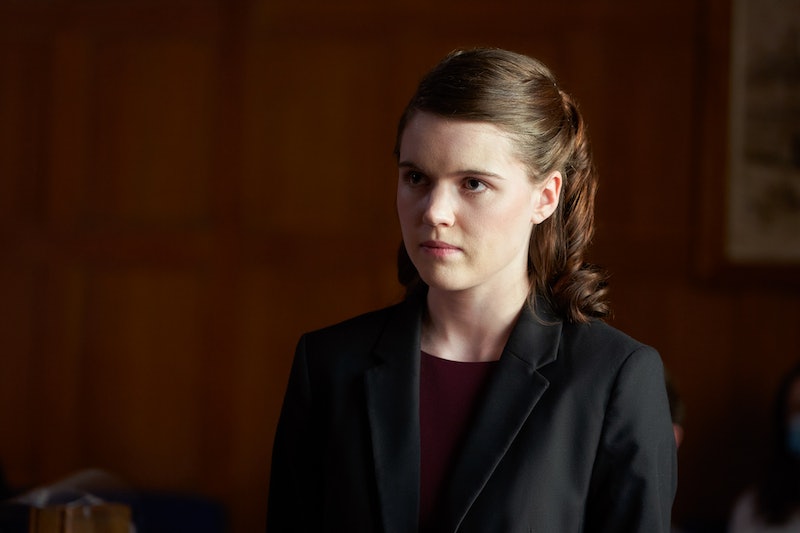 Lifetime’s Left for Dead: The Ashley Reeves Story explores a real case of trauma and resilience. According to the Illinois Daily Journal, 17-year-old Ashley Reeves disappeared on April 27, 2006, and was found more than a day later in a park, clinging to life. She’d been choked, had her neck broken, and was barely breathing when authorities discovered her. After an investigation, the police charged Samson Shelton, a 26-year-old high school teacher who knew Reeves, with the crime. He’d met her when she was in middle school, and the two eventually began a romantic relationship.

Reeves claimed that she sustained her injuries during a fight with Shelton while she was trying to break up with him, according to Crime Watch Daily. Shelton asserted that that he was the one to initiate the breakup, but otherwise confirmed much of Reeves’ story. Shelton told authorities that he tried to push her out of a moving car, per CBS, and when her neck cracked, he carried her to the park “to make it look like she got strangled there.” He was eventually sentenced to 20 years in prison in 2007, after pleading guilty to attempted first-degree murder.

Below, an overview of the crime that changed Reeves’ life forever, as well as an update on where she is today.

Her assailant was convicted after getting caught in a lie.

In an interview with Elizabeth Smart for Crime Watch Daily, St. Clair County Patrol Division Lieutenant Michael Hundelt says that Shelton was only considered a minor lead in early investigations. He gave false testimony during his initial interrogation, claiming he hadn’t seen Reeves in days. But after Shelton was caught changing his story multiple times — at first saying his relationship with Reeves was platonic before admitting the truth — investigators became alarmed. “He had changed the story so much that a person who didn’t have anything to hide … why would you change it that much?” Swansea Chief of Police Steven Johnson told Crime Watch Daily.

Shelton’s web of lies began to untangle when it was revealed he was with Reeves the day of her disappearance. After a 12-hour interrogation, Shelton eventually confessed to attacking Reeves and leaving her for dead.

Reeves suffered traumatic brain injuries as a result of the attack.

While Reeves confirmed that a fight occurred between her and Shelton after the breakup, she also said it was the only memory she has from the attack. She told Smart that she has barely any memory of the days leading up to the attack, nor of the weeks after.

After she was found more than 30 hours after the attempted murder, Reeves had an uphill battle toward recovery. CBS reported that Reeves, once a talented athlete, had to re-learn how to talk, swallow, and move her limbs.

In 2017, she visited the site of her rescue with Smart as part of the Crime Watch Daily episode. “It’s kind of hard to believe that this is actually where I was for that long and in that condition,” Reeves said. “[It] makes me feel like maybe I am as tough as everybody says I am. I’m a fighter and I just keep wanting to push myself harder and harder.”

Anwen O’Driscoll, who plays Reeves in the Lifetime film, told the Sioux City Journal that she reached out to Reeves while preparing for the role, but didn’t want to grill her about the experience. Much of the film revolves around Reeves’ recovery and Shelton’s trial. “I wouldn’t want to come at her with this super heavy subject matter,” O’Driscoll said. “It’s her story, and I feel like maybe she’s done talking about that and done having people come at her about it.”

With the exception of that 2017 interview with Smart, Reeves has tried to put the whole thing behind her. “I’m glad it’s over with,” she said after Shelton was sentenced in 2007. “I just want to continue with my life and not worry about it.” And that’s what she’s done. Reeves is now 32 and has two children. The end credits of the Lifetime movie reveal that she’s raising her family in Illinois while working as a caregiver.

According to Illinois inmate records, Shelton is still serving out his sentence at the Hill Correctional Center in Galesburg, Illinois. He’s up for parole on April 22, 2024. By then, he’ll be 44.

This article was originally published on June 13, 2021