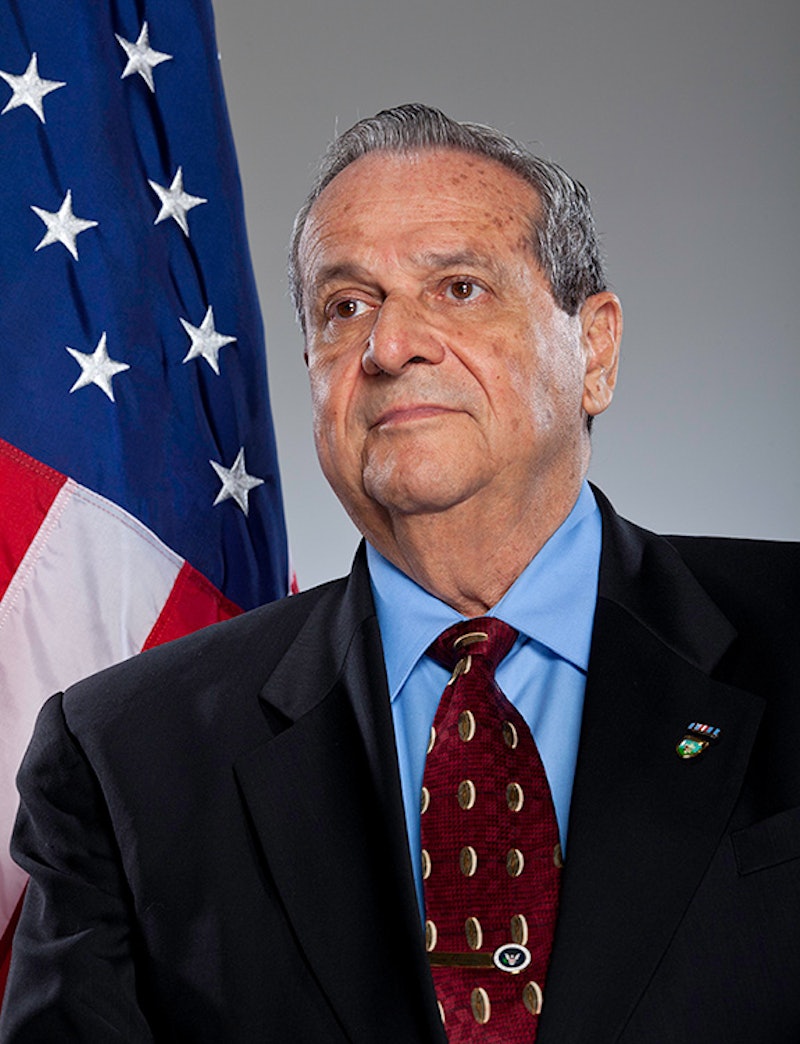 Amazon's new docuseries, The Last Narc, includes some explosive allegations against the U.S. government. chief of which center around former CIA officer Félix Rodríguez. In the show, former DEA agent Hector Berrellez reasserts his claim that Rodríguez was present when Enrique "Kiki" Camarena was kidnapped and tortured in 1985. Rodriguez has denied any involvement and claims the allegations against him are the result of a Cuban intelligence disinformation campaign.

Before his retirement from the CIA in 1976, Rodríguez helped capture guerilla leader Che Guevara in Bolivia in 1967, according to LA Weekly. He also published a memoir in 1989, titled Shadow Warrior: The CIA Hero of a Hundred Unknown Battles. "Sometimes I feel a little bit like Ulysses," Rodríguez wrote in the book, per the National Review. "Like him, I am from an island nation. Like him, I went to war. And like him, I am having a hard time getting home."

As reported by the BBC, Camarena was kidnapped, tortured, and killed in February 1985. According to the New York Times, Juan Ramon Matta Ballesteros, Juan Jose Bernabe Ramirez, and Ruben Zuno Arce were sentenced in August 1990 for kidnapping Camarena. Rafael Caro Quintero was convicted for ordering the hit on the DEA agent, per Reuters, but was released in August 2013 after serving 28 years of his 40-year sentence when a Mexican court ruled his case should have been on a state level instead of federal one. Quintero has denied involvement in Camarena's murder, telling the Mexican magazine Proceso in 2016 that he was simply "in the wrong place." He has remained at large since his release and is currently on the DEA's and FBI's Most Wanted list.

Also arrested in connection to the case was Ernesto "Don Neto" Fonseca, who was sentenced to 40 years in 1985 for Camarena's murder but freed in 2017, per the Associated Press. According to LA Weekly, Miguel Ángel Félix Gallardo was arrested and convicted in 1989. He's currently in prison and was re-sentenced by a Mexican court in 2017 to 37 years, in addition to paying $1.17 million in reparations.

However, some retired federal agents are convinced that the CIA was responsible for Camarena's death. "The CIA ordered the kidnapping and torture of 'Kiki' Camarena, and when they killed him, they made us believe it was Caro Quintero in order to cover up all the illegal things they were doing [with drug trafficking] in Mexico," former director of the El Paso Intelligence Center Phil Jordan told Proceso in 2013. (Bustle has reached out to the CIA for comment but has not received a response.)

In the same Proceso article, Berrellez explained that he was in charge of investigating Camarena's death as part of a case known as Operation Leyenda. "During this investigation, we discovered that some members of a U.S. intelligence agency, who had infiltrated the DFS (the Mexican Federal Security Directorate), also participated in the kidnapping of Camarena," the former DEA agent claimed to the publication. "Two witnesses identified Félix Ismael Rodríguez. [The witnesses] were with the DFS and they told us that, in addition, [Rodríguez] had identified himself [a]s 'U.S. intelligence.'"