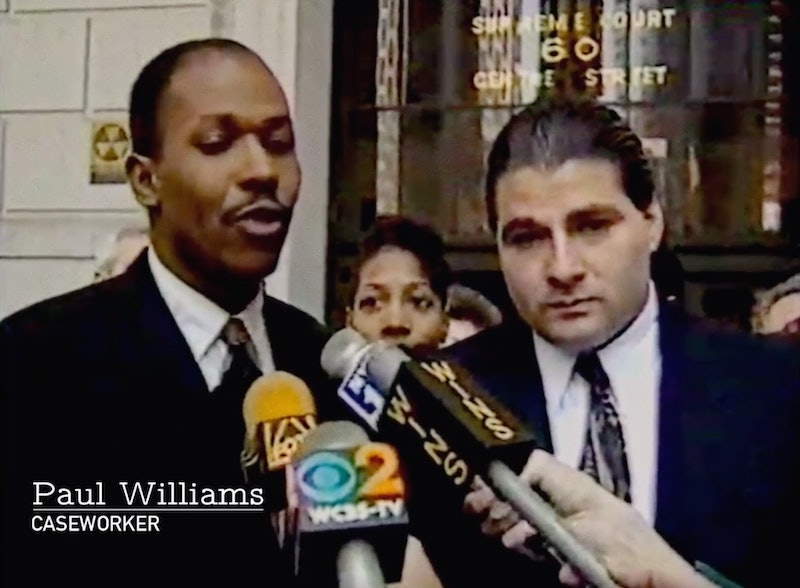 Shortly after being assigned to investigate Dylan Farrow's 1992 sexual assault claims against Woody Allen, Paul Williams was fired from his job at New York's Child Welfare Administration. (Allen has long denied Farrow's allegations). Though Williams had found the then-7-year-old Farrow's claims to be credible and felt there was sufficient information to open a criminal investigation against Allen, he was reportedly told that "it is customary for the 'big wigs' to take over" in high-profile cases, and he was reassigned. "When he wouldn't shut up, they fired him," Williams' lawyer Bruce Baron claims in Allen v. Farrow, which re-examines Farrow's case. "[They said] he was insubordinate and that he was not following instructions."

Allen's lawyer, Elkan Abramowitz, painted a different version of events, telling The New York Times in February 1993 that Williams was removed from Farrow's case due to criticism of his conduct by some of the people he interviewed. "He acted in a rude fashion and appeared to be biased [against Allen]," Abramowitz claimed, citing a New York City Human Resources Administration file. Later that year, child welfare investigators dropped the inquiry into Allen, claiming they found "no credible evidence" of assault, per The New York Times.

It was this aspect of the case that Allen v. Farrow director Kirby Dick found most shocking. "Paul Williams was one of the most highly esteemed investigators within the entire agency," Dick told The Daily Beast in February. "He believed Dylan, and it was very evident when you read through hundreds of pages of notes, it’s a saga of cover-up again, and again, and again. . . . Because he wouldn’t give up, and because he felt it was important to complete the investigation the way it should, he was fired. That’s how extensive this cover-up was."

Williams ultimately sued the city for wrongful termination and was awarded his job back as well as back pay. Though he still works for New York City's Administration for Children's Services today, he's kept a low profile since the case and declined to be interviewed for Allen v. Farrow. Speaking on his client's behalf, however, Baron said Williams "felt vindicated in the individual sense, in terms of getting his job back, but he was never able to complete the very job he was given."