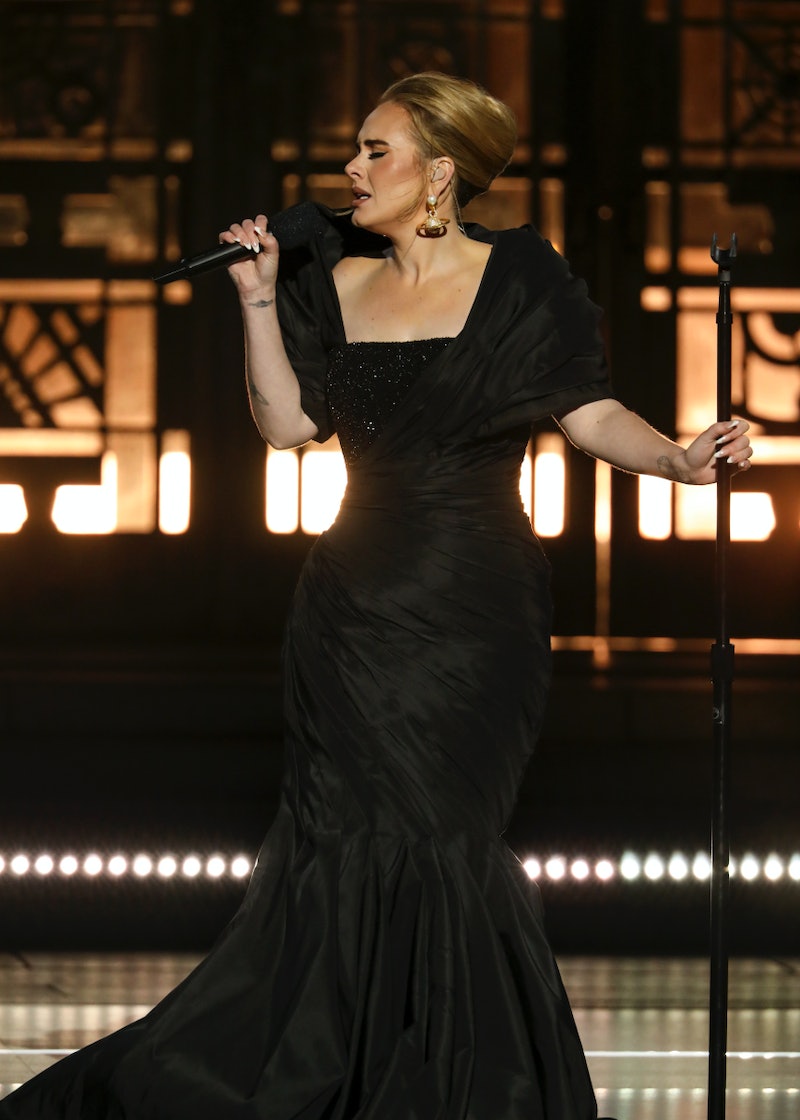 After six years largely away from the spotlight, Adele is back in a big way. To accompany the release of her hotly anticipated new album, 30, she took part in a special live performance for CBS — and let’s just say the guest was next level.

Adele One Night Only featured an interview with none other than Oprah Winfrey and performances of some of the singer’s new songs in front of a star-studded audience. Among the crowd at the Los Angeles’ Griffith Observatory were Lizzo and Melissa McCarthy, who sat in the front row like proud parents as Adele performed.

The magnitude of the event wasn’t lost on the “Easy On Me” singer. “The most beautiful venue I’ve ever played. Thank you to everyone who made it possible. To Oprah for allowing me to tell my truth lovingly in a safe space,” Adele tweeted after the show. “The whole thing was pretty overwhelming, I’ve seen it twice and cried my eyes out both times.”

Selena Gomez, Donald Glover, Jesse Tyler Ferguson, and Gordon Ramsay were also in the crowd for Adele One Night Only alongside Leonardo DiCaprio, Ava DuVernay, and Tracee Ellis Ross. Talk about an A-list event.

Famous couples Sarah Paulson and Holland Taylor and Gabrielle Union and Dwyane Wade attended the event together in what could be described as the most romantic date night. And Adele made another couple’s dreams come true when she introduced the famous crowd to Ashley and Quentin. The pair have been together for seven years and were out celebrating that night as Ashley had hit a serious career milestone. Little did she know, she was about to get engaged in front of some of the biggest names in show business and then be serenaded by Adele.

As the crowd went quiet and Ashley was led to the front of the stage by Quentin, blindfolded, he got down on one knee and professed his love for her. Luckily she said yes, the lights went up, and Adele sang “Make You Feel My Love.” Excuse me while I dry my eyes.