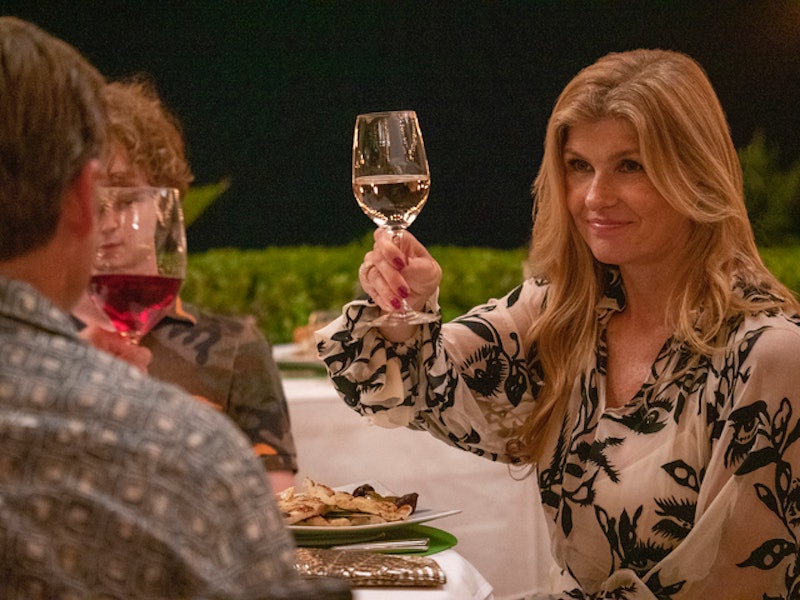 We learn very quickly in HBO’s new miniseries The White Lotus that the worst has happened: As Shane Patton (Jake Lacy) sits in a Hawaiian airport, he begrudgingly informs a couple that a body from the White Lotus resort is being loaded onto their flight to Honolulu. Someone was killed at the resort, he explains — though we don’t yet know who, how, why, or when.

Soon, it’s clear that the particulars are somewhat beside the point. As the show jumps back a week in time, there’s an air of murder mystery: a parade of well-to-do-guests arrive at the White Lotus as if out of an Agatha Christie novel. There’s nothing particularly violent about any of them, but there’s a viciousness to every scene; the sinister rank of their entitlement feels more criminal than anything.

Resort manager Armond (Murray Bartlett) advises a trainee early on to treat the guests “like sensitive children,” and they spend the first episode proving his point. Shane complains incessantly to his new wife Rachel (Alexandra Daddario) that they’re in a smaller luxury suite than the one his mother booked for them, and he continues to pester the staff to fix the mistake. Mark (Steve Zahn) tries to bond with his son through resort-sponsored activities only to be perturbed when nothing is as perfect as he imagined it. Tanya McQuoid (Jennifer Coolidge) is too emotional to realize that her request to book a last minute massage is a big inconvenience, or even that the giant garbage bag carrying her mother’s ashes that she panic-thinks the resort lost are sitting clearly amongst her things.

The staff is brought along for the ride. Spa director Belinda (Insecure’s Natasha Rothwell) manages to form a compassionate bond with an overly needy Tanya, only to be rewarded with well-meaning but suffocatingly impersonal affection. Armond presents a cheery, John Cleese-esque energy in front of the guests, but unravels internally as he tries to keep up with their demands. The Hawaiian setting is apt (“Look, obviously, imperialism was bad," Mark says casually at one point over dinner), and the positioning is clear. Each guest takes without ever giving — often without even thinking — while the staff scrambles to bend to their whims as invisibly as they can. “You don’t want to be too specific, as a presence, as an identity. You want to be more generic,” Armond coaches the trainee, acutely aware of the function he serves to his clientele.

The less the guests’ stay at the White Lotus lives up to their impossible expectations — and the further they push the employees — the closer to chaos each character feels. Any of them could be the one to break or meet a bitter end. Mark spins out in anxiety about potentially having cancer; his daughter Olivia (Sydney Sweeney) and her friend Paula (Brittany Ann O'Grady) set out on a reckless quest to create excitement on an otherwise boring family trip. Even the couple who talks to Shane in the airport jumps alarmingly quickly from concern about someone being killed to, “Well other than that, did you have a good vacation?”

In the world of White Lotus, consequence — even when it’s as grave as death — is of much less import than privilege.

More like this
‘The White Lotus’ Is Coming Back For Season 2 This Fall
By Bustle Editors
An Ultimate Guide To The Music Of 'Rap Sh!t'
By Brad Witter
On 'Industry,' Marisa Abela Takes Control
By Morgan Leigh Davies
Everything To Know About The HBO Max & Discovery+ Streaming Service Merger
By Brad Witter
Get Even More From Bustle — Sign Up For The Newsletter