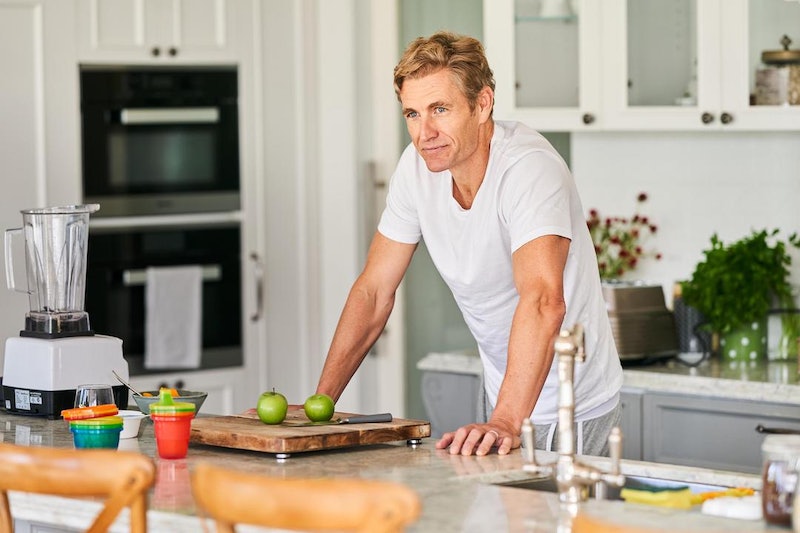 Channel 5’s brand new thriller Lie With Me – which stars Eastenders legend Charlie Brookes – follows the story of Anna Fallmont, a scorned wife who relocates to Australia for a fresh start with her cheating husband. However, as the trailer teases, things soon start to unravel when the couple hire an au pair and things take a deadly turn.

And it turns out Charlie Brookes isn’t the only former soap star in the Lie With Me cast. Brett Tucker – who plays Anna’s husband Jake – is best known for playing “all-around good guy” Daniel Fitzpatrick in the hit Aussie soap Neighbours from the nineties up until 2009. Originally from Melbourne, the 49-year-old actor has had a string of successful TV and movie stints, also starring as Dave Brewer in the popular Australian series McLeod’s Daughters. In a throwback post on Instagram, the actor described the series as “an incredible time” in his life.

As well as being a busy working actor, from the looks of Tucker’s Instagram page, he’s a bit of an adventurer too. The actor’s feed shows him horse riding, deep-sea diving with sharks, surfing, and riding motorbikes — it’s all very picturesque and dreamy. The actor describes himself as a “Lone Wolf Adventurer” and it’s not said whether he enjoys his passions with a partner. Still, if all the thrill-seeking didn’t make him eligible enough, Tucker is a musician too and posts videos of him playing the piano and the guitar.

Right now, Tucker is gearing up for his new role on Lie With Me and, via Radio Times, he promised that the project was “really exciting.”

"As an actor, it was a really exciting project to work on, knowing there’s going to be so many twists and turns and lots of surprises,” he said.

"It was an absolute ball, a really great coming together of all of the elements – cast members, director, script, locations. It was a blast and I think it will be for the audiences as well."