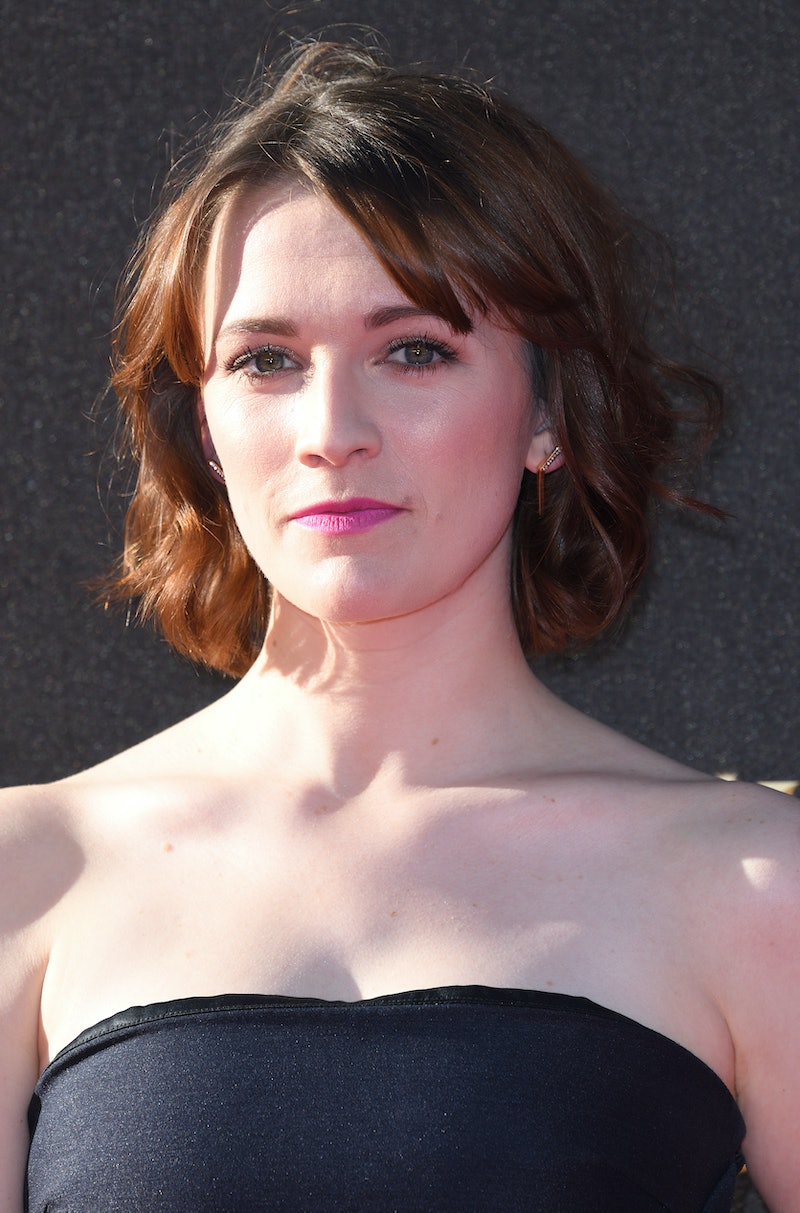 C4’s Taskmaster is finally back and you won't want to miss it. With a panel featuring Jamali Maddix, Lee Mack, Mike Wozniak, Sarah Kendall, and Charlotte Ritchie, you can be certain that whatever tasks Alex Horne and Greg Davies provide will have hilarious consequences. Ritchie has a pretty amazing acting CV but, for those who are unfamiliar with her work, here is a little deep dive into Charlotte Ritchie’s career highlights.

Ritchie got her acting start at the age of just 15 in a short film. The actor starred as lead Vera in The Open Doors, appearing opposite British acting heavyweight Michael Sheen. That's a pretty stellar start if you ask me.

Ritchie's next big role was on the hit show Fresh Meat where she played uni student Oregon for five years, all while she was a university student herself at Bristol University, per the Independent. Since then, Ritchie has been making some serious waves in the television world, having joined the cast of Siblings, Call The Midwife, Ghosts, and Feel Good in recent years.

Ritchie isn't just an actor, however. She has many a string to her bow, with a music career under her belt too. She's a member of classical crossover music group All Angels. The group sings opera-pop hybrid and have been really successful since their inception releasing four albums and performing at the classical BRIT ceremony in 2007, the website reveals. The group also had a cameo appearance on Emmerdale, performing “Songbird” at Jimmy King and Kelly Windsor's wedding on the show.

Ritchie returns to the small screen this month on Taskmaster, where she will complete outlandish challenges. The actor recently dropped a few hints about how she fared on the show, revealing to the Radio Times how stressful the tasks actually are. “The things that were frustrating were the ones that were more abstract,” she said. “You do become competitive with yourself and go, ‘I desperately want to crack this annoying code that Alex has decided.’”

The actor also noted that lockdown didn’t help with her brain power, either. “I mean, having sat at home for a long time only taking to my flatmates – that was a real shock.”

I for one can’t wait to see how she gets on.