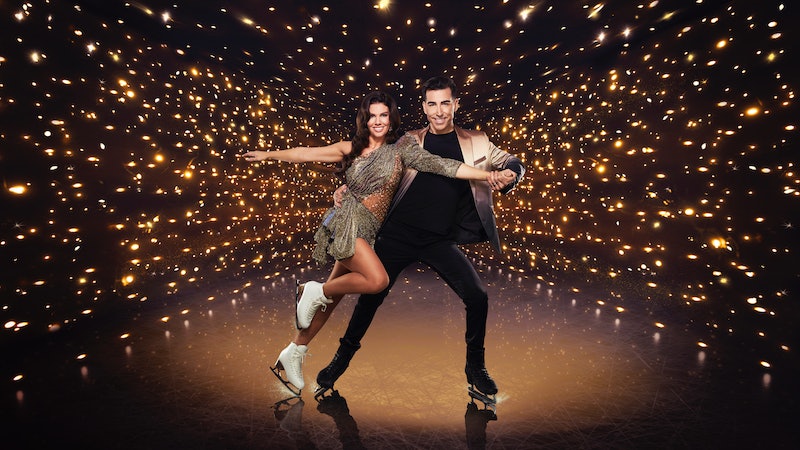 While there were question marks whether Dancing On Ice would be able to go ahead in 2021 it returned to screens for series 13 on Jan. 17. As skaters and their partners have been training together in isolation, the competition is pretty high stakes and one couple have already had a wobble. So, who is Andy Buchanan? The pro is dancing with your favourite WAG.......... it’s Rebecca Vardy. And they’ve revealed they’ve already had some drama in the rehearsal room.

Buchanan is a Canadian pro ice dancer from Alberta, Canada. Before entering Dancing On Ice he specialised in power skating and free skating. His love for the rink started early as it’s been reported that he started figure skating when he was just seven. He went professional in 1999 and skating led him to meet his wife, fellow Dancing On Ice pro Robin Johnstone. He first appeared in the ITV competition in 2008 when he danced with Anthea Turner.

Buchanan was matched with presenter and TV personality Rebecca Vardy in Oct. 2020 and the pair have been practising together ever since. Nailing the dance moves isn’t the only thing that the celebrities have to think about and speaking about the run up to the first show Vardy told the Express, “We feel so fortunate. While people are having to stay at home, we’re able to go out and continue our skating. That, for me, has been incredible for my brain – to be able to focus on something that’s not reality.”

It hasn’t come without a few scraps and bruises. “I’ve fallen over pretty much most of my sessions,” Vardy told the Express, “But I’ve learned to just go with the fall and you just have to accept it’s part of what you do. None of us want to get injured.”

There’s always a few injuries during Dancing On Ice and Buchanan is one of a number of pros and celebrities who have required medical attention already this series. During their practice before the show on Sunday night Vardy accidentally sliced Buchanan’s face with her skate. The choreography was so tough, even in the first show and Vardy said it wasn’t until she saw the blood that he realised what had happened.

“That was the most horrific experience. We were doing a move and the last thing he said to me was 'don't kick me in the face'. I said 'why would you say that, you're going to jinx us,” she told the Sun, “Then he nearly dropped me and I was like 'oh s***' what's gone on and when I looked at him I saw him holding his face.” It’s been reported that Buchanan went to hospital to get some stitches and was able to dance for the judges.

It’s been reported that Buchanan reassured his partner that it wasn’t her fault and Vardy said, “we've been doing this for a few months not years, so accidents are going to happen."

More like this
Twitter Has Renamed Ekin-Su After *That* 'Dancing On Ice' Performance
By Sophie McEvoy
Twitter Can’t Make Up Its Mind About Ekin-Su’s 'Dancing On Ice' Skate-Off
By Sophie McEvoy
Joey Essex Is Rumoured To Be Dating A 'Love Island' Favourite
By Sam Ramsden
Spencer Matthews’ Impressive Net Worth Expands Far Beyond Chelsea
By Sam Ramsden
Get The Very Best Of Bustle/UK
Sign up for Bustle UK's twice-weekly newsletter, featuring the latest must-watch TV, moving personal stories, and expert advice on the hottest viral buys.