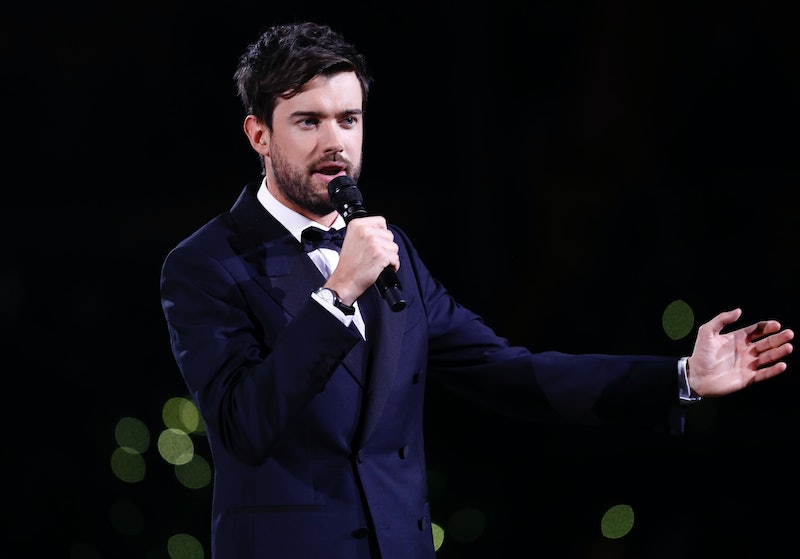 Fans of Fresh Meat, Bad Education, and Travels With My Father are familiar with the charms of a certain English comedian and presenter, but who is Jack Whitehall dating? And who is Roxy Horner?

Let’s start at the beginning. Whitehall famously dated Crazy Rich Asians star Gemma Chan for six years, but they parted ways in 2017 according to The Sun. An insider told the paper at the time that the two remained friends, but ultimately had to break up due to "hectic schedules." Chan moved on with Mamma Mia! star Dominic Cooper per the Daily Mail, and Whitehall was romantically linked to Dua Lipa, Kirsty Gallacher, Kate Beckinsale, and even Paris Hilton, though nothing was ever officially confirmed.

Then, in Feb. 2020, it was reported that Whitehall had apparently joined exclusive dating app Raya. The Sun has reported that the BRITs host had an account on the app, which you can only join after being nominated to by a fellow member. Enter model Roxy Horner.

Whitehall and the Essex model started dating just before the pandemic hit, and went straight into lockdown together. Speaking on the Couples Quarantine podcast, he said: “Weirdly that was quite nice because we spent a lot of time together and it accelerates the relationship in a way.” Whether or not they met on Raya is unknown, though both were rumoured to be on the dating app.

The 29-year-old model made her modelling debut in British Vogue at just 17, and has featured in campaigns for the like of Boohoo, Superdry, and Boux Avenue. Before dating Whitehall, Horner was linked to Joey Essex, Jake Bugg, and Leonardo Di Caprio.

The couple are known for sharing rather cute insights into their relationship on Instagram, including a rather romantic Valentine’s Day post in the Maldives, intimate party snaps, and pretty epic Halloween costumes, and despite Horner appearing at the GQ Men Of The Year Awards 2021 without Whitehall they still seem to be as loved-up as ever.

They recently appeared at the BRIT Awards in adorable matching suits, just a day after Horner was released from hospital after a short stay during which she shared a snap of herself with Whitehall, writing “"I'm so lucky and grateful for my man, my biggest support through everything.” Since then, they’ve also been pictured being as cute as ever cuddling at Wimbledon and at Thorpe Park for Whitehall’s 33rd birthday. We’re glad to see the couple are still going strong.

This article was originally published on Oct. 2, 2018