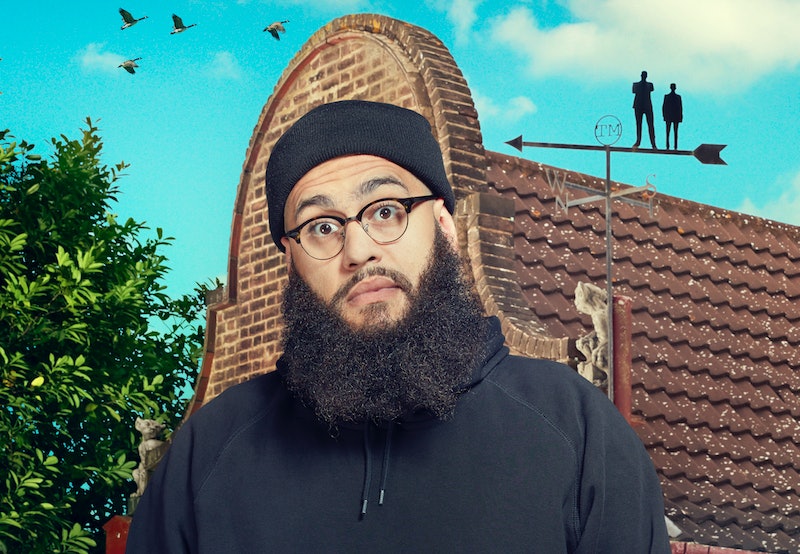 Taskmaster has certainly made a big splash on Channel 4 since its big move from Dave last year, and its hosts Alex Horne and Greg Davies show no signs of slowing down. The pair have certainly stepped it up for the show’s 11th series, featuring some huge comedy stars on its panel, including Charlotte Ritchie, Lee Mack, and Jamali Maddix. But what else is there to know about Maddix’s career? Keep reading to find out.

Raised by a British-Italian mother and Jamaican father, Maddix has always been fairly honest about what it was like growing up in Ilford. “I love the place, I grew up there, but it’s a s***hole,” he told the Guardian back in 2016. “No one has invested anything into the area. So what you have is abject poverty and then you have affluence. Both in the mix.”

While Maddix is perhaps most famous for his VICE documentaries, Hate Thy Neighbour and Brexit Stage Left, his main focus has always been comedy. Initially inspired by a documentary about stand-up comedians, Maddix was eventually persuaded to try it himself by none other than Jason Manford.

Maddix met Manford while studying theatre and performance practice at the University of Salford. The young comedian performed a few jokes for Manford, who was seriously impressed by what he saw. “He looked at me and went, ‘The only advice I can give you is just to leave uni, mate, you don’t need to be here,’” Maddix recalled for the Guardian. “He went, ‘Be a comic, that’s what you are.’”

Evenutally, Maddix found his way onto Live at the Apollo and a number of prime-time panel shows including 8 Out of 10 Cats, Frankie Boyle’s New World Order, The Last Leg, and most recently Taskmaster.

Described by Maddix as jury service for comedians, Taskmaster is a show in which the panel are asked to do a series of challenges. As previously mentioned, Maddix will be joining a line up of big names including Lee Mack, Charlotte Ritchie, Mike Wozniak, and Sarah Kendall, and he said the group got along extremely well.

“Because everyone does comedy we all have that shorthand: we all have our own language and a bond before we even meet,” he explained. “I may say a joke about someone and they may say one about me but everyone takes it as fun, that’s the nature of the show and we all know that.”

I don’t know about you, but I can already tell this is going to be one of the funniest series of Taskmaster yet.