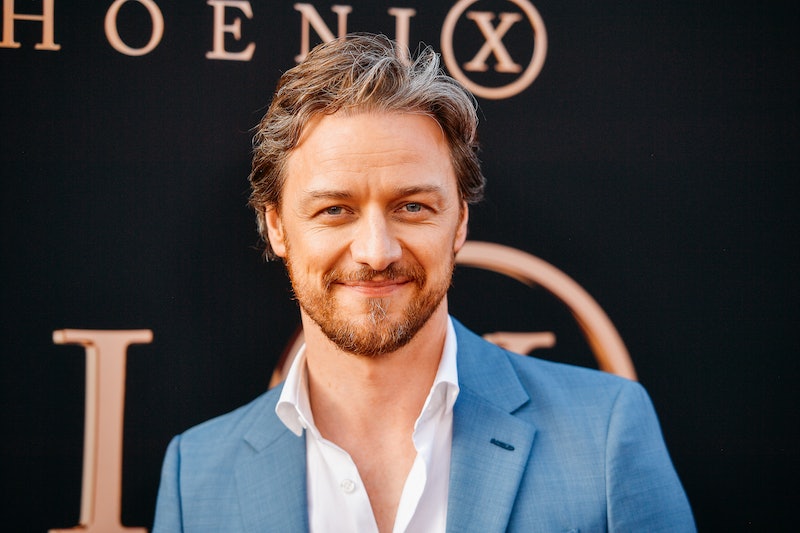 Sad news for members of the James McAvoy thirst club: the Scottish actor and former Narnia faun is off the market. McAvoy has been dating his girlfriend Lisa Liberati for almost five years now, but how did these two meet? And what’s happening between the two of them now?

McAvoy and Liberati (who is also an actor) actually met through a pretty impressive mutual friend: director M. Night Shyamalan. In 2017, Liberati was working as a production assistant on Shyamalan’s psychological thriller Split, which featured McAvoy in the starring role.

Since then, McAvoy and Liberati’s relationship has been going from strength to strength. In fact, in the summer of 2020, the X-Men actor revealed to the Daily Mail that they moved from their “tiny flat into a nice, slightly bigger house” following the second lockdown.

“Round about April, we built a makeshift studio in my spare bedroom,” he told the newspaper. “Our only spare bedroom, which was full of moving stuff, was rammed and just full of this James made recording studio.”

And fans actually got a glimpse of the house during an interview between the His Dark Materials star and chat show host Jimmy Fallon in July 2020. From the looks of things, McAvoy and Liberati’s new place is pretty grand, with beautiful embossed ceilings. Fancy.

Before he began dating Liberati, McAvoy was married to his Shameless co-star Anne-Marie Duff. The pair went their separate ways in 2016, releasing a statement that read:

“It is with tremendous sadness that we have come to the decision to divorce. We enter this next phase with continued friendship, love and respect for one another and the shared focus of caring for our son. We ask that you respect our and, most importantly, our child’s privacy during this time.”

The pair co-parent their 21-year-old son Brendan and appear to have remained good friends, with McAvoy recently posting a photo of his ex-wife on Instagram. The picture showed Duff in a “Love Wins” t-shirt, and McAvoy’s caption read:

“In times like these we all need each other. ‘Love wins’, designed by @charliemackesy will be on sale in the @comicrelief shop, with ALL PROFITS going to support vulnerable people who are most at risk during the Coronavirus crisis. Styled by the wonderful #annemarieduff #lovewins comicrelief.com/lovewins #covid #coronavirus.”

This article was originally published on Sep. 6, 2019