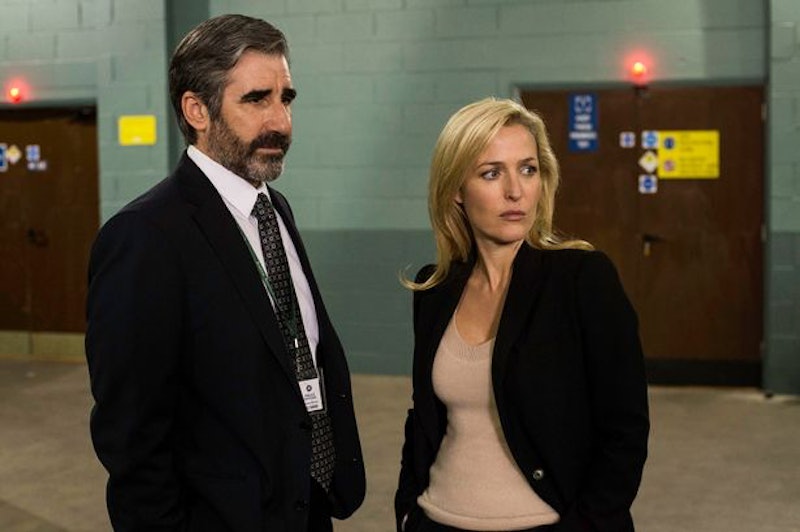 Investigative crime thriller The Fall centres around one detective's hunt for an elusive serial killer in Northern Ireland. The cast of the drama features some big hitters from the world of acting, with Gillian Anderson and Jamie Dornan at the helm. But who is John Lynch, the actor who plays Assistant Chief Constable Jim Burns in The Fall? Here's everything you need to know.

As the Express reports, John Lynch is an Irish actor, who is perhaps best known for his roles in Sky Atlantic's Tin Star and the Oscar-winning In the Name of the Father, in which he starred alongside Daniel Day-Lewis and Emma Thompson. Lynch began acting at a young age, appearing in several school plays. In 1998, the actor bagged his first television role in the documentary series, Ten Great Writers of the Modern World. The Irishman also played the character of Lord Archibald Craven in the classic adaptation of The Secret Garden, and has previously appeared in the likes of Bleak House, Spooks, and much more.

In 2013, Lynch took on the role of Assistant Chief Constable Jim Burns in the British-Irish psychological thriller The Fall, appearing in all 17 episodes of the drama. He stars in the series alongside The Crown's Gillian Anderson, Fifty Shades actor Jamie Dunan, Game of Thrones star Aisling Franciosi, and Merlin's Colin Morgan, the Radio Times reports.

The critically-acclaimed drama follows the story of Detective Superintendent Stella Gibson (Anderson), who is drafted from the Metropolitan Police to assist in the search for a serial killer on the loose. The Fall originally aired for three seasons on BBC Two between 2013 and 2016 in the UK, and is currently available to stream on Amazon Prime.

In a recent statement, streaming giant Netflix confirmed their acquisition of the series, and The Fall will be available to enjoy in its entirety on the platform as of Saturday, August 1.

More like this
Con O'Neill Was Connected With Sarah Lancashire Long Before 'Happy Valley'
By El Hunt
6 'Happy Valley' Easter Eggs You May Have Missed
By Sophie McEvoy
Claire Foy Spoke Out About 'The Crown's Gender Pay Gap
By Sam Ramsden
Olivia Colman Stars In First-Look Trailer For BBC's 'Great Expectations'
By Sabah Hussain and Sam Ramsden
Get The Very Best Of Bustle/UK
Sign up for Bustle UK's twice-weekly newsletter, featuring the latest must-watch TV, moving personal stories, and expert advice on the hottest viral buys.